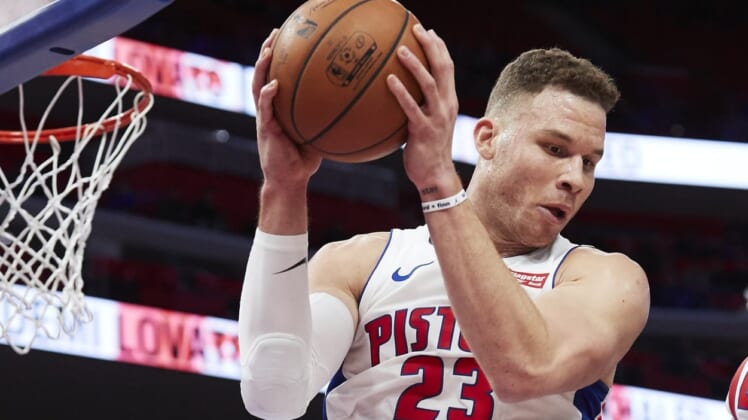 Detroit Pistons forward Blake Griffin had a night with some good moments on Monday against the Milwaukee Bucks. Unfortunately, he had some bad, as well.

The good is that Griffin had a triple-double. He scored 19 points, pulled down 11 boards, and dished out 11 assists.

The bad is that in one way, we can — with tongue firmly in cheek — call Griffin’s night a quadruple-double. In addition to his points, rebounds, and assists, Griffin also had 10 turnovers.

For the official record, this doesn’t count as a quadruple-double. In order to achieve that, the stats must be positive. In no way can we call 10 turnovers positive.

Adding insult to injury is that the Pistons lost the game. Even worse, they lost by only three points. Putting the cherry on top is that his 10th and final turnover directly led to three points for the Bucks.