Blackhawks will retire Marian Hossa’s No. 81 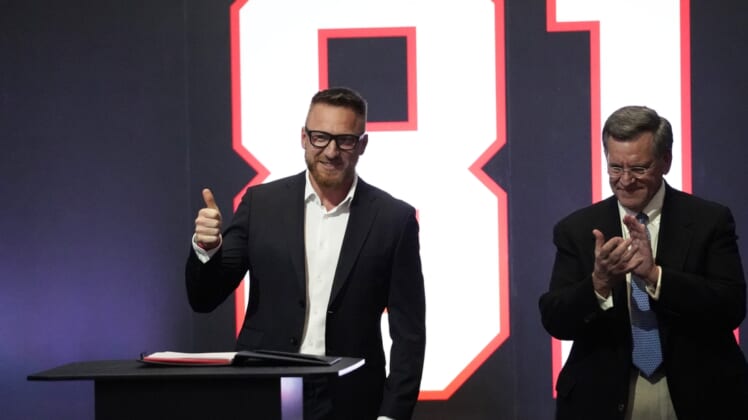 The Chicago Blackhawks will retire Marian Hossa’s No. 81, the team announced Thursday.

Hossa will become the eighth player in franchise history to have his number retired. He learned about the honor on the same day that he signed a one-day contract to retire as a Blackhawk.

In eight seasons with the Blackhawks (2009-17), Hossa won three Stanley Cup championships. A skin condition forced him to stop playing after the 2016-17 season, but he was placed on long-term injury reserve and eventually his contract was traded to the Arizona Coyotes.

Hossa played more games with the Blackhawks (531) than with any other team in his career, which included stints with the Ottawa Senators, Atlanta Thrashers, Pittsburgh Penguins and Detroit Red Wings. He scored 186 goals for Chicago and finished his career with 525 goals.

In 107 postseason games for the Blackhawks, Hossa had 21 goals and 52 assists.

“The Blackhawks and city of Chicago hold a special place in my heart,” said Hossa, 43, ahead of the Thursday ceremony. “Making the commitment to this organization (as a free agent) in 2009 was the best decision I ever made.”