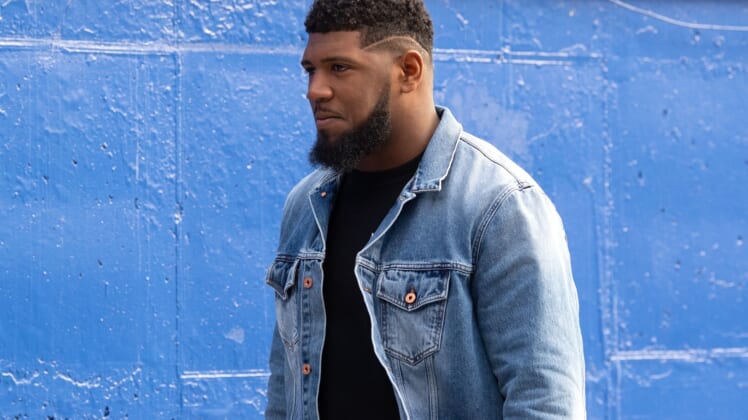 Buffalo Bills star defensive tackle Ed Oliver was arrested on suspicion of DWI during the offseason before being cleared of charges. On Monday, he opened up about the experience and shared he “felt violated.”

Oliver also communicated that his arrest was tough because it happened around the time of George Floyd’s murder.

He expressed frustration at how he was arrested “with nothing in your system” and “felt like I was guilty until proven innocent and not innocent until proven guilty.”

Buffalo’s first-round pick in 2019, Oliver appeared in all 16 games tallying 43 tackles and five sacks as a rookie.

Ed Oliver arrested in May, admitted to drinking a beer and taking Adderall

Back in May, Oliver was arrested in Texas after a witness called police due to the NFL star allegedly driving fast and erratically while towing a trailer. According to court records, per KHOU 11, Oliver admitted to drinking a single beer earlier in the day, along with taking Adderall. Additionally, he was found to have a small-caliber pistol in his vehicle.

Video of Oliver’s arrest went viral and it appeared he was in a great deal of trouble. Following that arrest, Oliver was facing a DWI charge as well as a charge of unlawfully carrying a weapon.

However, Oliver did not have any alcohol in his system, blowing a 0.00 on the breathalyzer, and a blood test showed no drugs were in his system. Ultimately, he had both charges dropped. In Texas, it is not illegal to carry a weapon unless you are committing a crime, per the Rochester Democrat and Chronicle.

It remains to be seen if the NFL will issue any discipline.