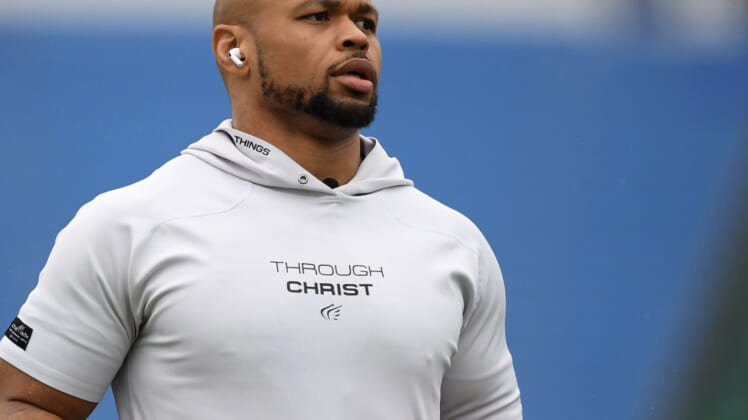 This certainly is not the way two-time Buffalo Bills Pro Bowl linebacker Lorenzo Alexander wanted to see his career end.

What a career it has been, too.

Alexander, 36, has been the definition of an inspiring player during his career. The Cal product began said career as a special teams player before morphing into a darn good pass rusher over the past several seasons.

After earning a Pro Bowl nod as a special teams ace for the Washington Redskins in 2012, Alexander turned it up on defense. That included him recording a career-high 12.5 sacks en route to another Pro Bowl performance back in 2016 for the Bills.

Alexander finishes his NFL career having recorded 467 tackles and 33 sacks in stops with the Redskins, Cardinals, Raiders and Bills.

We wish him the best moving forward.