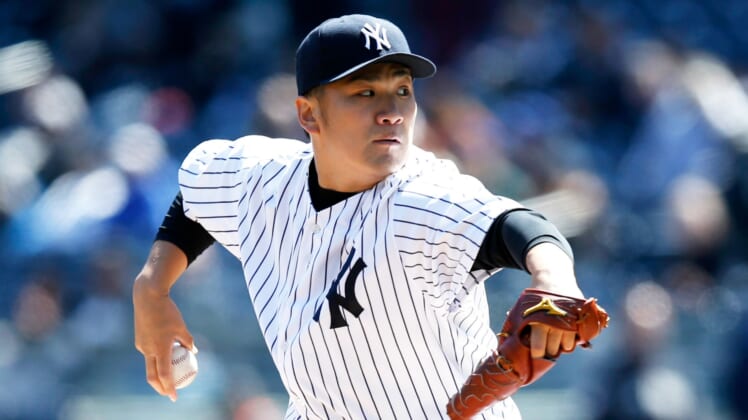 There’s a lot of baseball left to be played in 2017. But plenty of teams have already pulled out ahead and given the rest of the league something to chase. So, when the league improves, what will the current MLB playoff teams need to improve on if they’re going to hold their ground?

What do the Yankees have to do to continue this dream season? Teams like the Brewers, Twins, and Rockies are off to surprisingly strong starts. What’s most likely to trip them up?

What weaknesses do the Astros and Nationals have? If the Indians and Cubs are to reach the World Series again, what would they need to overcome?

What are the most glaring flaws of the current MLB playoff teams?

Note: Unless otherwise noted, stats and records noted are accurate through Sunday, June 4.

The Yankees are a very good team. They can probably use some depth in the bullpen to get through the dog days of July and August. But in truth, New York’s present relievers are good enough to win a World Series. Offensively, Aaron Judge has grabbed headlines. But top to bottom, the Yankees have a ferocious lineup. Opposing pitchers don’t relish going against the Bronx Bombers.

But it’s hard to look past the starting pitching.

Statistically, it’s not terrible. Through Sunday, June 4, New York’s starters had a 4.13 ERA, ninth best in baseball. The problem comes when we start comparing the Yankees top four starters to some of the other best teams in the junior circuit.

In a playoff series, how would New York match up to a team like the Astros, or Red Sox?

The #Yankees starters look okay on paper. But as it stands, their playoff rotation doesn't compare to the AL's best. pic.twitter.com/CjkTXEaFH9

Mind you, those numbers don’t even include Collin McHugh for Houston, or David Price for Boston.

Now, we do have to account for the likely possibility that Masahiro Tanaka will improve. He’s not a 6.34 ERA/1.52 WHIP type of pitcher. But at the same time, don’t we also have to say that Michael Pineda (3.76/1.16) and especially Luis Severino (2.90/1.07) are due for at least some regression?

The Yankees are a good team. But if we’re going to feel good about their chances of making it through the American League playoffs, we’d like to see another starter make his way to the Bronx.