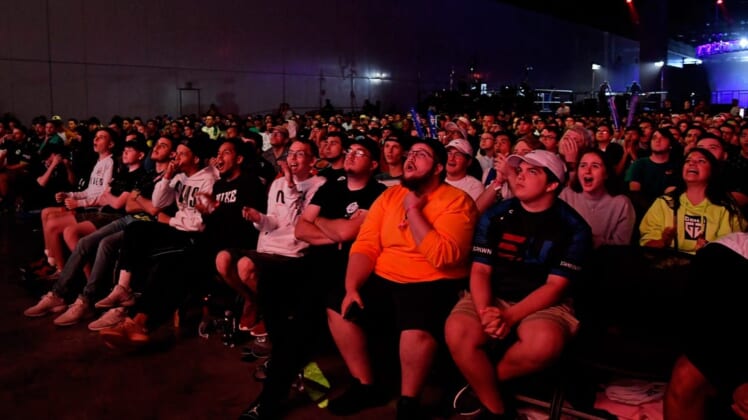 ENCE came from behind to beat FaZe Clan 2-1 to take Group A, and BIG edged FURIA Esports 2-1 to capture Group B. FaZe and FURIA are both headed to the quarterfinals.

FURIA’s quarterfinal foe on Friday will be G2 Esports, who advanced from the Group A lower bracket with a 2-0 victory over Team Vitality. The G2-FURIA winner will oppose ENCE in the semifinals on Saturday.

Cloud9 swept Team Liquid 2-0 to emerge from the lower bracket in Group B and earn a Friday quarterfinal date with FaZe Clan. The Cloud9-FaZe winner will face BIG in a Saturday semifinal.

The first-round matches were best-of-one. All other matches through the group stage and the playoffs are best-of-three except for the final on Sunday, which will use a best-of-five format. The championship side will receive $100,000, 1,000 ESL Pro Tour points and 2,400 BLAST Premier points.

BIG sandwiched a 16-8 win on Nuke and a 16-10 victory on Mirage around a 16-10 defeat to FURIA on Vertigo. Josef “faveN” Baumann led BIG’s all-German side with 59 kills, while teammate Florian “syrsoN” Rische paced the squad with a plus-18 K-D differential. Andrei “arT” Piovezan logged 62 kills and a plus-1 K-D differential for FURIA’s all-Brazilian team.