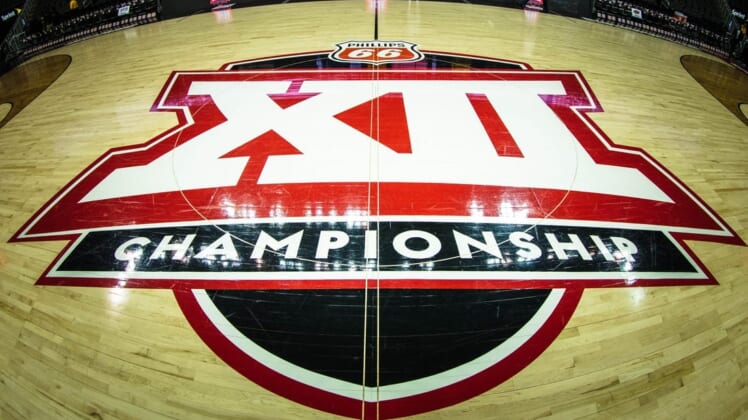 The Big 12 Conference officially introduced Brett Yormark as its new commissioner on Wednesday.

Yormark, 55, joins the Big 12 after serving as the chief operating officer at Roc Nation.

He succeeds Bob Bowlsby, who stepped down in April after leading the league for a decade.

“I’m here to listen, learn, find ways to add value, add resources and try to help shine a light on the importance of college athletics,” Yormark said. “I look forward to leveraging my experience and network alongside our presidents, chancellors and athletic directors to shape the future of the Big 12 brand and emphasize our collective strengths.”

A graduate of Indiana University, Yormark began his sports career working in the New Jersey Nets’ ticket office. He climbed the ladder to the top, serving as CEO of the Brooklyn Nets and Barclays Center from 2005-19.

“Brett is one of the most skilled and knowledgeable executives in sports and entertainment,” NBA commissioner Adam Silver said. “His decades of operational experience, relentless work ethic and strong industry relationships will be of enormous value to the Big 12, its schools and fans.”

Yormark was promoted to COO of Jay Z’s Roc Nation agency in January after previously working as co-CEO of Roc Nation Unified.

The Big 12 is a league in transition, with Texas and Oklahoma announcing last year that they are moving to the Southeastern Conference when their Big 12 rights expire in 2025. Bowlsby helped to usher in the additions of BYU, Cincinnati, Houston and UCF, who will join in the summer of 2023.

Yormark agreed to an initial contract term of five years and his official start date is expected to be Aug. 1.

“In Brett Yormark, we have chosen a highly adaptable leader who thrives in dynamic times. The landscape of college athletics is evolving to look more like the world Brett has been leading,” said Lawrence Schovanec, president of Texas Tech University and Chair of the Big 12 board of directors. “He’s authentic and genuine in the way he builds relationships and partnerships, and he works relentlessly to deliver impact.”