The 40 best hockey players of all-time

In the long, storied history of the NHL, some exceptional players make spectators and analysts alike stop and stare, admiring the sheer skill these game-changing players bring to the sport.

In over 100 years of hockey, few have joined the club of elite athletes, with legacies that span far longer than their careers. The best hockey players come from an array of teams, countries and eras, but are still widely regarded as game changers.

Check out our list of best hockey players to ever play the game here.

The Best Goalies To Ever Play

The winningest goalie in NHL history, Brodeur spent almost his entire career with the New Jersey Devils, bringing them to the Stanley Cup finals in 1995, 2000 and 2003. The four-time Vezina Trophy winner also has an array of other trophies on his mantle, include five William M. Jennings Trophies and a Calder Trophy.

Vezina was one of the most dominant goaltenders in the early days, and never missed a start. He never allowed for a backup goaltender to take his place in the crease, and went on to start 328 consecutive regular season games, as well as 39 playoff games.

Tragically, Vezina was forced to retire in 1925 when he was diagnosed with tuberculosis, and he passed away in March 1926. To this day, Vezina is regarded as one of the best hockey players of all time. 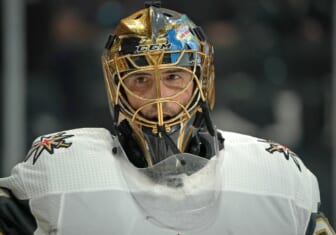 The Best Defensemen in NHL history

Many NHL fans wonder what Bobby Orr’s career would have been like if modern day knee surgery was available to the legendary defenseman.

Touted as one of the best hockey players to ever play the game, Orr’s countless trophy victories include the Art Ross, Calder, Hart, Norris and, of course, two Stanley Cups with the Boston Bruins. Forced to retire at age 30, Orr’s short but lasting impact on the game of hockey is still talked about today.

If he had good knees, didn’t have to undergo constant surgery and was afforded modern medicine, he may have put up better stats than Wayne Gretzky. Without a doubt, he is one of the best hockey players in the history of the sport.

Even though Victor Hedman‘s career is far from over, he is widely touted as one of the best hockey players in the modern era. The 30-year-old blue liner is a huge factor in the Tampa Bay Lightning’s success of late, winning back-to-back Stanley Cups with the Bolts.

Hedman has won both the Norris and Conn Smythe Memorial Trophies, and even played in the most recent playoffs with a torn meniscus in his knee. The dominant d-man was a second overall pick for the Lightning in 2009, and his career is already hall of fame worthy. 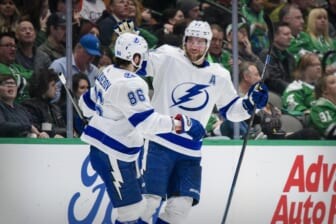 The NHL’s best forwards ever

Often underrated and forgotten in the best hockey players conversation, Alex Mogilny’s legend goes beyond his stats (which, standing alone, are impressive). But, Mogilny was the first player to defect from the Soviet Union to join the NHL, after years of drafting Russian players being considered a throwaway pick.

Mogilny scored 76 goals in a season with the Buffalo Sabres, won a Stanley Cup with the New Jersey Devils in 2000, and broke many records playing for the Sabres in the early 90s. There is now speculation that he will finally see the Hockey Hall of Fame, and could potentially be inducted next year. 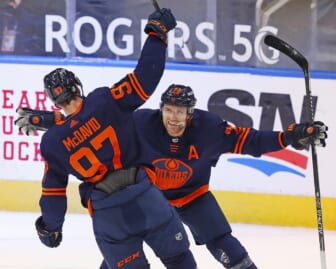 Maurice “Rocket” Richard was once given the first, second and third stars of a game, and the goal-scoring trophy is named after the legendary Montreal Canadiens forward. He led the league in goals five times in his career, and was a 13-time All Star.

Richard played 18 seasons in the early NHL for the Habs, and even scored an eight-point night that is still talked about as an iconic moment in NHL history. Oh, and he is the man the Rocket Richard Trophy is named after. Without a doubt, Richard (and his legacy) deserves to be considered as part of the best hockey players conversation.