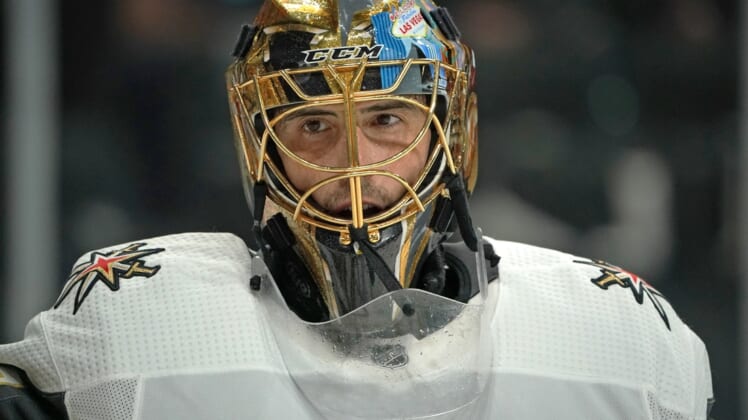 Goaltenders Marc-Andre Fleury, Philipp Grubauer and Andrei Vasilevskiy were announced Tuesday as the three finalists for the 2020-21 Vezina Trophy.

Fleury, 36 and playing in his 17th NHL season, is a first-time finalist for the league’s top netminder award.

He was 26-10-0 with six shutouts, a .928 save percentage and a 1.98 goals-against average for the Vegas Golden Knights in the regular season.

Fleury partnered with Robin Lehner to capture the William M. Jennings Trophy as the goaltenders on the squad that allowed the fewest goals in 2020-21.

Grubauer, 29, is another first-time finalist after compiling a 30-9-1 record with a league-high seven shutouts, a .922 save percentage and a 1.95 GAA for the Colorado Avalanche. 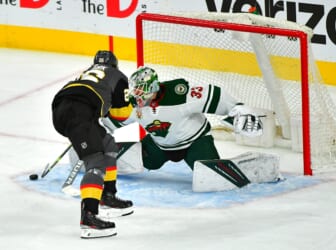 The winners of the 2021 NHL Awards will be revealed during the Stanley Cup semifinals and Stanley Cup Final, with exact dates and times to be announced.