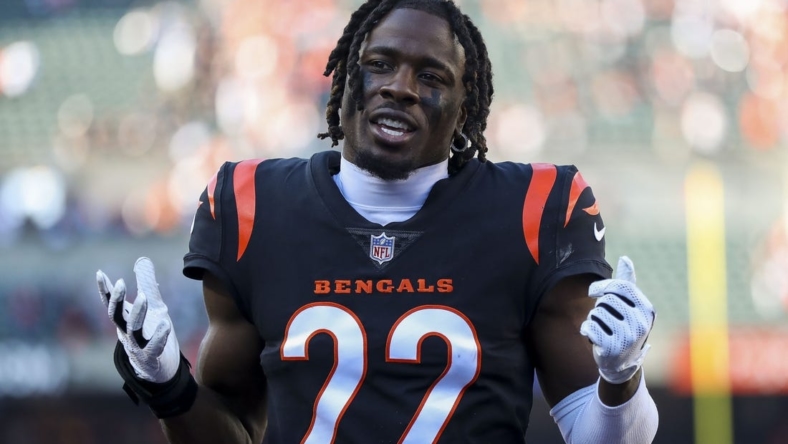 An MRI confirmed the injury to Awuzie’s right knee. He is expected to have season-ending surgery later this month, once the swelling subsides.

Awuzie sustained the non-contact injury in the second quarter while defending a pass to Browns wideout Amari Cooper.

The 27-year-old veteran said he didn’t realize the extent of his injury when he came off the field and went to the medical tent.

“With the adrenaline going, you can’t really tell what’s what at times,” Awuzie said Thursday, per the Dayton Daily News. “Your emotions, your energy is so high and then when they told me it’s a torn ACL and whatever else, I got really emotional.”

Awuzie is in his second season with the Bengals after signing a three-year deal worth $21.75 million with the club in March 2021. He has started all 22 games he has played in Cincinnati.

Awuzie has six interceptions, 56 passes defensed and three forced fumbles in 71 games (64 starts) for the Dallas Cowboys (2017-20) and Bengals. The Cowboys selected him in the second round of the 2017 NFL Draft.

The Bengals (4-4) made a few other moves Saturday ahead of Sunday’s game against the visiting Carolina Panthers (2-6).