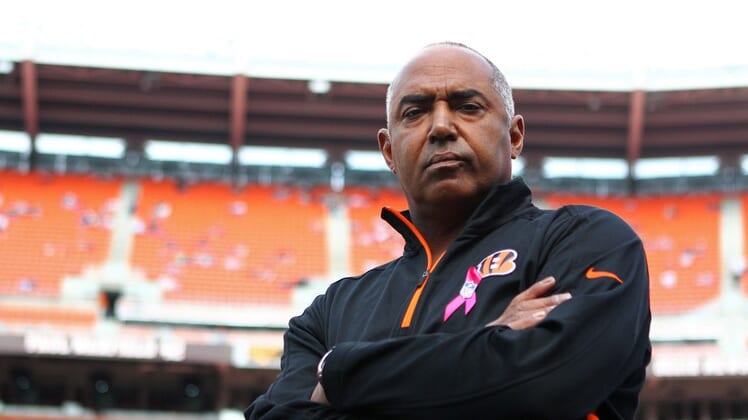 After 16 seasons, Marvin Lewis’ tenure as Cincinnati Bengals head coach is over. But some fans want his time to be immortalized with a statue.

John Anders has started a Gofundme page with the hopes of raising $5,000 for a statue of Lewis. The statue would read.

Per Jennie Kay of The Cincinnati Enquirer, there was “no word on where the statute might be erected.”

While Lewis’ tenure ended in rather bland fashion, the era was arguably the most successful in franchise history. Lewis led Cincinnati to the first of its seven playoff appearances under his watch in 2005. Previously, the Bengals hadn’t reached the playoffs since 1990. Lewis unquestionably helped restore a modicum of respectability to a franchise that had been a laughingstock for more than a decade.

So, it’s not that we can’t see where those who want this statue are coming from. That said, these feels like someone either grasping at serious straws, or that this is the work of a real troll.

While his regular season record was okay, Lewis’ postseason record was abysmal. Not only did he not win a Super Bowl, but he didn’t even win a single playoff game for the Bengals. By comparison, Forrest Gregg and Sam Wyche each led Cincinnati to Super Bowl appearances.

At the time of this writing, $110 had been raised.