There are familiar members of the Cincinnati Bengals. Much to the chagrin of fans in Cincinnati, that list includes head coach Marvin Lewis and quarterback Andy Dalton. Vontaze Burfict is also a familiar face, probably for all the wrong reasons.

In any event, the team’s Twitter account might want to do a better job recognizing new members of the Bengals. Fresh off signing defensive lineman Chris Baker away from the Tampa Bay Buccaneers, whoever heads Cincinnati’s social media team kinda dropped the ball. 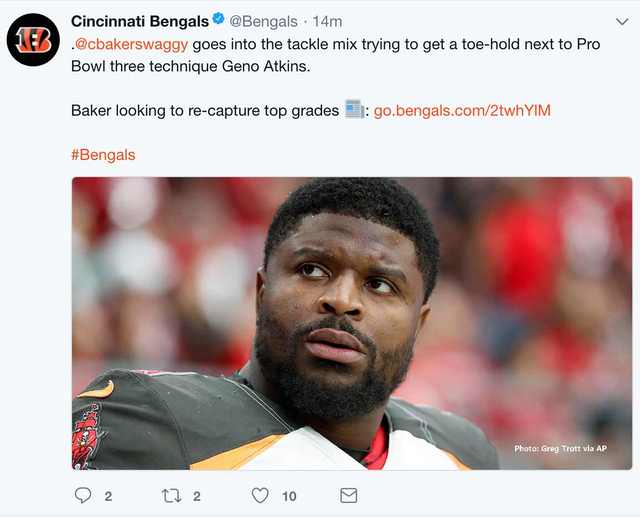 To be fair, it’s a rarity to see the Bengals actually spend money on free agents. There’s no real experience to be had here. They also deleted said tweet in quick fashion.

Let’s just hope this intern isn’t fired over an inability to actually use photo services. It’s not like he/she is 0-7 as a head coach in the playoffs or something. Now, that would be fireable, right?