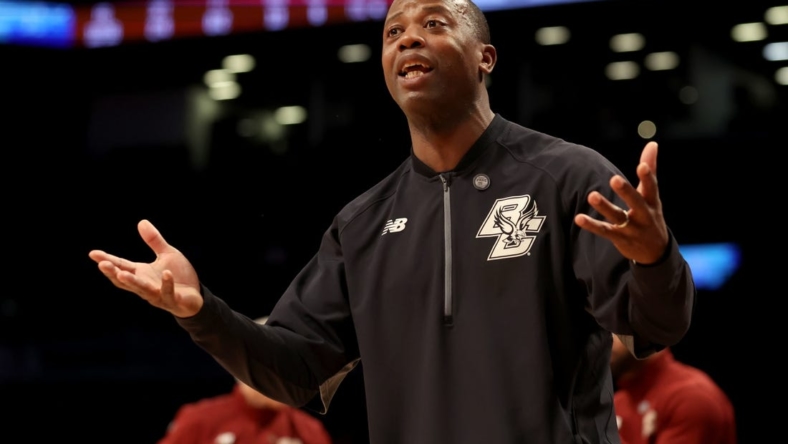 Boston College hopes that a hot start on Friday will be a sign of things to come in the U.S. Virgin Islands Paradise Jam in St. Thomas.

Friday’s 71-56 victory over George Mason gave the Eagles (3-1) an extra day to prepare for a Sunday clash with a second consecutive first-time opponent in Tarleton State (2-1), which was an opening-round winner over Belmont.

“Everybody was available so we were fresh, we were energetic, that was number one,” Eagles head coach Earl Grant said. “Number two, we didn’t change anything defensively, we just executed better … it was good to see that growth from the guys just in three or four days.”

Coming off their Monday loss to Maine, the Eagles led 11-2 early and had another 15-0 run in the first on their way to a 47-21 halftime edge.

“We had a high level of focus on playing in the paint and not settling for early shots from the perimeter,” Grant said. “Getting to the paint is like running the ball (in football) and we did a good job of that.”

While BC’s Prince Aligbe, Quinten Post and Donald Hand remain sidelined, Tarleton got sophomore Freddy Hicks back from a foot injury in Friday’s 89-81 win over Belmont to begin the tournament.

Tarleton’s defense has been aggressive, forcing 23.3 turnovers per game.