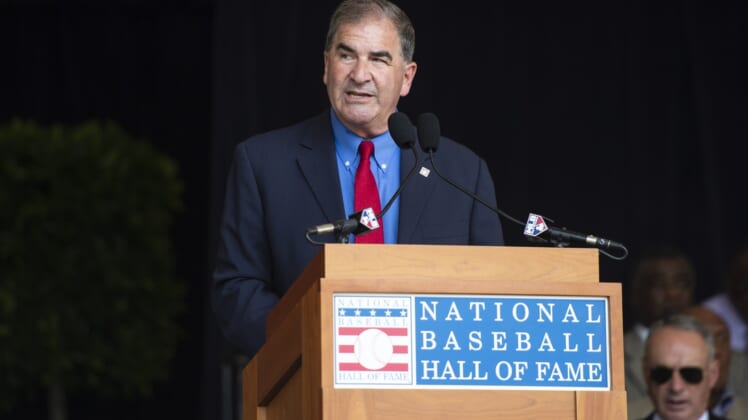 Tim Mead, president of the National Baseball Hall of Fame and Museum, announced his resignation on Friday.

He will remain on the job for about another month. He didn’t provide a specific reason for his pending departure.

Before assuming the position in Cooperstown, N.Y., Mead, 62, spent 40 years working for the Los Angeles Angels. He was the team’s vice president of communications when he was hired by the Hall of Fame on April 30, 2019.

“I have been extremely blessed as a life-long fan of the game to spend four decades serving the organization I grew up admiring, and then have the distinct honor and privilege of assuming the role of President of the National Baseball Hall of Fame and Museum,” Mead said in a news release. “The driving force behind my career in baseball has always been love of the game.”

“I made the recent leap with every intention of following in the footsteps of my predecessors, in continuing their efforts in maintaining the Hall of Fame as a critical component of the game,” Mead continued. “Try as I might, even with the unwavering support of my family, these last 22 months have been challenging in maintaining my responsibilities to them.”

Mead was the seventh president in the 82-year history of the Hall of Fame. He succeeded Jeff Idelson.

The Hall of Fame was closed for an extended period in 2020 because of the coronavirus pandemic and delayed last summer’s scheduled enshrinement of Derek Jeter, Marvin Miller, Ted Simmons and Larry Walker. They will enter the hall on July 25 in a televised ceremony that will be closed to the public.

No players received the required 75 percent of votes to enter the hall in the Class of 2021.