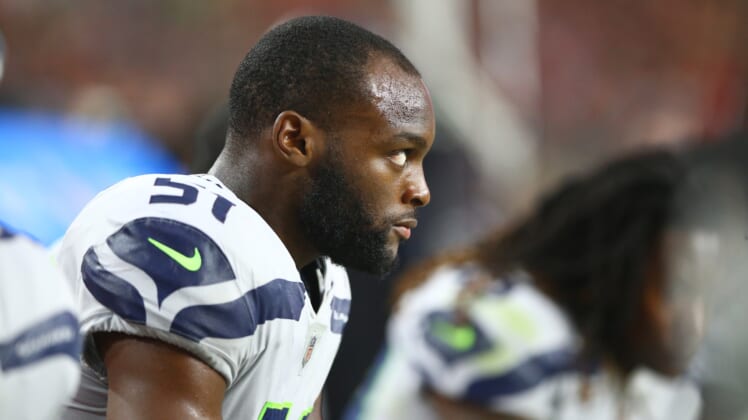 NFL linebacker Barkevious Mingo was arrested on Thursday and is facing one charge for indecency with a child, sexual contact, this weekend.

The Arlington Police Department announced that Mingo was arrested on Thursday evening and if facing one second-degree felony charge for engaging in sexual contact with someone under the age of 18.

Mingo was released on $25,000 bond and is awaiting trial, but no further details regarding his arrest or the alleged incident were provided by law enforcement. The Atlanta Falcons, who signed Mingo in March, released a statement.

“Our organization became aware of the allegations involving Barkevious Mingo today and are currently gathering information on this incident. The Falcons take the allegations very seriously and will continue to monitor the situation.”

Atlanta Falcons on the arrest of Barkevious Mingo, via ESPN

Mingo, the No. 6 pick in the 2013 NFL Draft, has bounced around the league since being drafted. Originally drafted by the Cleveland Browns, he was traded to the New England Patriots in August 2016.

The 6-foot-5 edge rusher spent one season with the Patriots before playing for the Indianapolis Colts (2017), Seattle Seahawks (20118) and Houston Texans (2019).

Barkevious Mingo last played for the Chicago Bears during the 2020 NFL season. He appeared in 16 games, recording five quarterback hits and 2.5 sacks.

If convicted, the maximum sentence for indecency with a child is 20 years, according to Texas state laws.