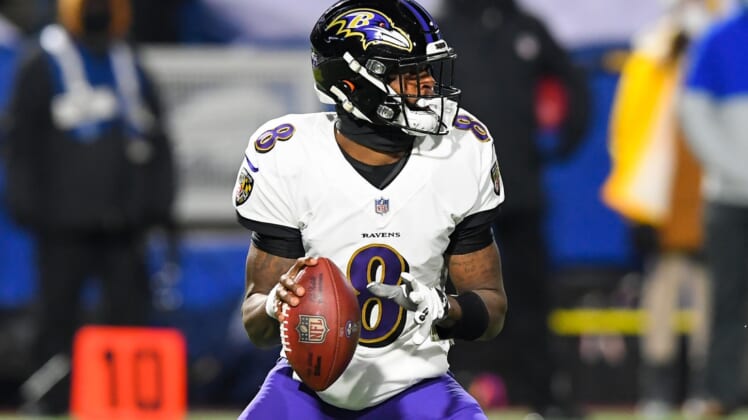 DeCosta’s comments also come with 2019 NFL Most Valuable Player Lamar Jackson looking for a lucrative long-term deal of his own.

DeCosta admitted that he’s in no race to get the deal done with the 24-year-old Jackson, who is entering the final season of his four-year, $9.47 million rookie contract. Jackson is slated to make $1.771 million in 2021.

Jackson has appeared in 46 regular-season games with the Ravens and is 30-7 as a starter. He’s thrown for 7,085 yards with 68 touchdowns and 18 interceptions. He’s also had back-to-back 1,000-yard rushing seasons and has 19 touchdowns on the ground.

In the playoffs, he is 1-3 as a starter, and his completion percentage is just 55.9 percent compared to 64 percent in the regular season. He has thrown three touchdown passes and five interceptions in the playoffs.