Fans react to Baker Mayfield getting snubbed for OROY 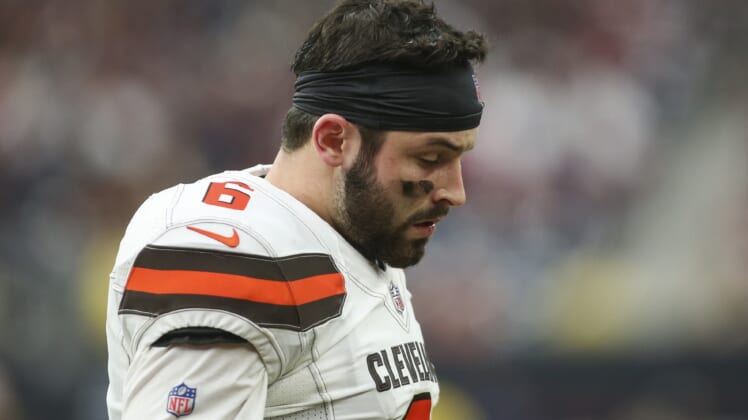 The first major award announced at the NFL Honors Saturday night in Atlanta sparked some controversy, as Saquon Barkley edged Baker Mayfield for Offensive Rookie of the Year.

It’s hard to argue that Barkley wasn’t worthy of the honor. He became just the third rookie running back in NFL history to eclipse 2,000 yards from scrimmage. His first pro season was outstanding, and it was absolutely jam packed with highlight-reel plays (like this).

However, it’s easy to understand why so many fans thought Mayfield got snubbed here. Not only did he prove himself to be a top-tier quarterback — breaking an NFL rookie record in the process — but he is clearly the main reason why the Cleveland Browns are no longer a league laughingstock.

Fans chimed in with some strong reactions to Barkley beating out Mayfield.

Baker Mayfield not winning OROY is a travesty

No offense to Saquon Barkley, but Baker Mayfield should have won Rookie of the Year. He transformed the Browns from a laughingstock to one of the hottest and most fun teams at the end of the season.

Are they sure that Steve Harvey didn’t screw it up? Because Baker Mayfield really should have been OROY

Mayfield should have won offensive rookie of the year/They probably didn't give it to him because of his attitude, which would be BS/The Browns went from 0 wins to 7-8-1, and they have been dysfunctional for years/Changing that culture was huge #Browns #SuperBowl #SuperBowlLIII

Oh my god the chip Baker Mayfield is about to have on his shoulder from not winning ROTY is gonna be amazing. So excited for next season.