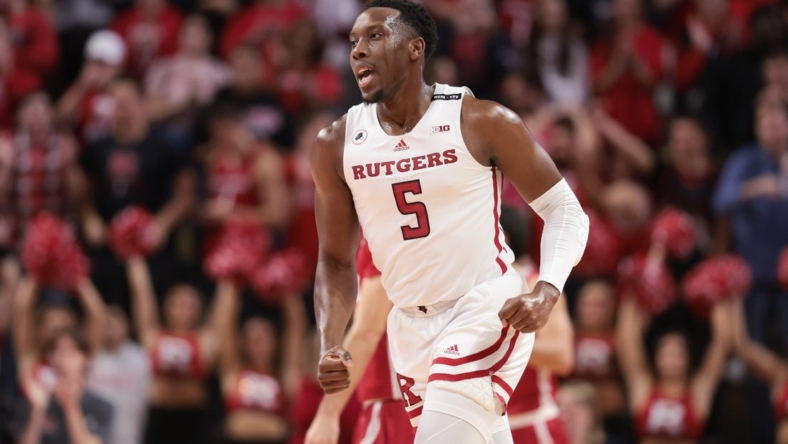 Aundre Hyatt scored 10 of his 19 points in the second half and Cam Spencer added 15 of his 18 in the first half as Rutgers took control in the opening minutes and cruised to an 88-50 rout of visiting Sacred Heart Thursday night in Piscataway, N.J.

Hyatt followed up a double-double in the season-opening 40-point win over Columbia by making five of seven shots and all seven of his free throw attempts.

After scoring 17 in his debut in the Columbia win, Spencer was even more productive on Thursday night. The Loyola of Maryland transfer made 6 of 10 shots, hit three 3-pointers and also collected seven rebounds and six assists.

Raheem Solomon scored 14 points and Nico Galette added 10 for the Pioneers (1-1), who shot 39.6 percent and missed 14 of 19 3-point tries. Gallette and Solomon also had four turnovers apiece as Sacred Heart allowed 29 points off 25 turnovers along with 22 fastbreak points.

Joey Reilly, who led the Pioneers with 23 points in their season-opening seven-point win over Hartford Monday, was held to five points.

Spencer scored 10 points in a 15-0 run and his putback layup staked Rutgers to a 19-7 lead with 13:01 remaining. A 3-pointer and a layup by Spencer upped the lead to 29-17 with 5:12 remaining and the Scarlet Knights held a 46-25 lead at halftime on consecutive dunks by Omoruyi and Simpson.

Spencer’s 3-pointer gave the Scarlet Knights a 58-29 lead less than three minutes into the second half, and Hyatt’s layup hiked the lead to 82-47 with just under five minutes to go.