Auburn gymnast Suni Lee to focus on Olympics after 2023 season 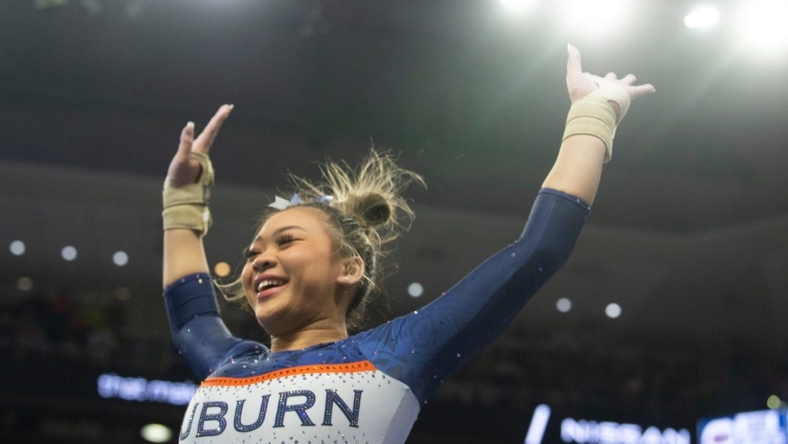 Olympic gold medalist Suni Lee said Tuesday that she will end her college career at Auburn after the 2023 season to focus on the 2024 Olympic Games in Paris.

Lee, now 19, won the all-around gold medal in the 2020 Games at Tokyo, stepping into the spotlight and earning the coveted crown after fellow American Simone Biles withdrew.

“Today I am sharing a decision that has weighed on me for a really long time,” Lee said in a video. “As an athlete that has competed at the highest level, on the world’s biggest stage, I’ve been fortunate enough to experience that once-in-a-lifetime feeling and the indescribable emotion when a gold medal is draped around your neck. But I don’t want it to just be once in a lifetime.”

Lee was the sixth American woman to win the all-around Olympic crown and she also helped the U.S. win silver in the team competition. Lee also earned a bronze medal on bars.

She was named Sports Illustrated’s 2021 Female Athlete of the Year and had a stint on “Dancing With the Stars.”

In her first college season a year ago, Lee won the NCAA balance beam title and was runner-up in the all-around. She also was named SEC Freshman of the Year.

Auburn is expected to be in the mix for a national title this season and has already sold out 9,121-seat Neville Arena for the second straight season.

“I want to be the best teammate I can be and continue the amazing legacy we were able to build last season,” Lee said about her Auburn goals.