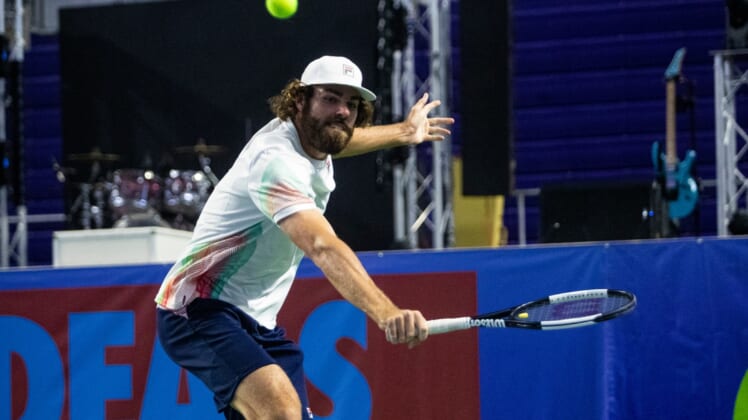 Third-seeded Reilly Opelka and fourth-seeded John Isner will meet in an all-U.S. final at the U.S. Clay Court Championship in Houston, reprising a historic matchup earlier this year in Dallas.

Opelka fired 18 aces without a double fault, and he saved the only break point he faced. Kyrgios’ 11 aces and no double faults weren’t enough.

Isner finished with a 17-3 edge in aces against Garin, recording the only two service breaks of the last two sets.

Opelka hold a 4-1 career edge in head-to-head meetings with Isner. In the past four matches, Opelka won each time, with all 12 sets going to a tiebreaker. Opelka beat Isner 7-6 (7), 7-6 (22) in the semifinals at Dallas in February, with the match ending on the longest tiebreaker in ATP Tour history (since 1990).

A pair of unseeded players will square off for the championship at Marrakech, Morocco.

Molcan won his only career meeting with Goffin in January, a 7-5, 6-3 decision in Melbourne, Australia. Molcan, ranked 65th in the world, is seeking his first career tournament title while Goffin, ranked 74th, is chasing his sixth championship.