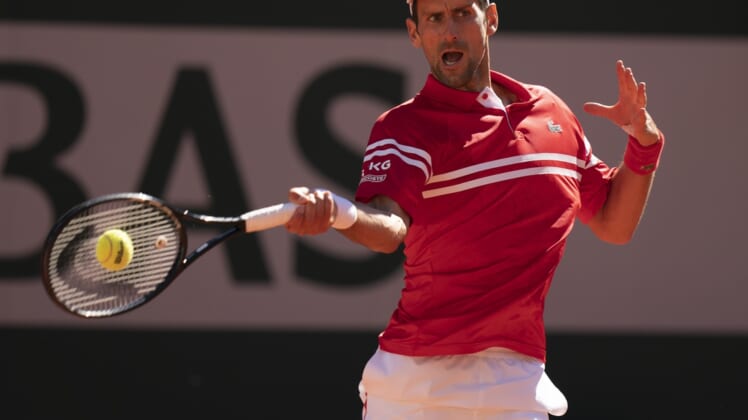 Top-seeded Novak Djokovic was pushed to the limit before winning a 2-6, 7-6 (6), 7-6 (4) slugfest over fellow Serbian Laslo Djere on Wednesday in the second round of the Serbia Open at Belgrade.

Fifth-seeded Carlos Alcaraz won in his homeland, needing just 93 minutes to slay South Korea’s Soonwoo Kwon 6-1, 2-6, 6-2 in the second round in Spain.

The 18-year-old Alcaraz will next face countrymate Jaume Munar, who rolled to a 6-1, 6-4 victory over ninth-seeded Nikoloz Basilashvili. Meanwhile, No. 3 Felix Auger-Aliassime of Canada advanced with a 6-1, 3-6, 6-4 triumph over Spanish wild card Carlos Taberner.