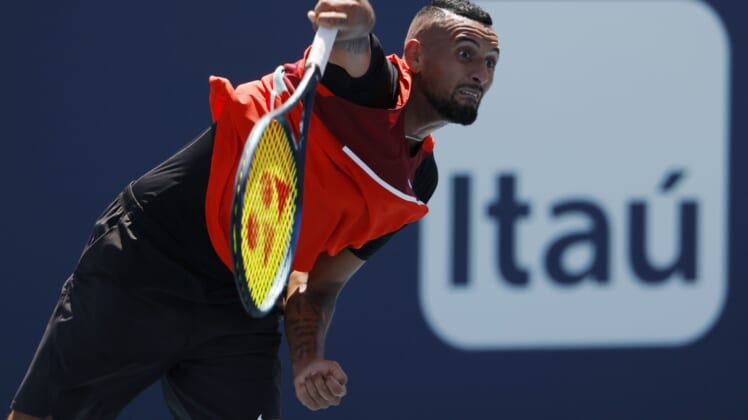 Playing as a wild card, Kyrgios earned his first win on clay since 2019. He most recently made a stellar run at the Miami Open but was fined $35,000 for unsportsmanlike behavior during his Round of 16 defeat.

No. 2 seed Daniel Evans, No. 4 seed Albert Ramos-Vinolas, No. 5 seed Federico Delbonis and No. 7 seed Alejandro Davidovich Fokina all lost on the opening day at Marrakech, Morocco.