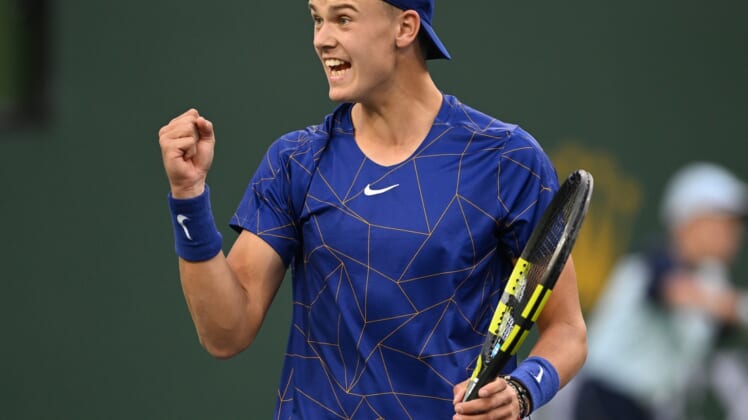 Wild card Holger Rune of Denmark pulled a stunning upset Wednesday of top-seeded German Alexander Zverev 6-3, 6-2 in the Round of 16 at the BMW Open in Munich, Germany.

Zverev is the No. 3 player in the world and had the decided homecourt advantage but had his serve broken four times by the 18-year-old en route to losing in one hour and 40 minutes. Rune, No. 70 in the world, scored the first top 10 victory of his career.

Kecmanovic will get fourth-seeded Nikoloz Basilashvili of Georgia in the quarters. Basilashvili needed to rally to get past Ilya Ivashka of Belarus 3-6, 6-2, 6-4.

Three Spaniards and an American each advanced from the Round of 16 with victories in Estoril, Portugal.

Ramos-Vinolas, who defeated Soonwoo Kwon of South Korea 5-7, 6-1, 6-2 gets Verdasco in the quarterfinals.

Fokina, who defeated countryman Bernabe Zapata Miralles 6-3, 7-6 (5), gets Tiafoe in the quarters.