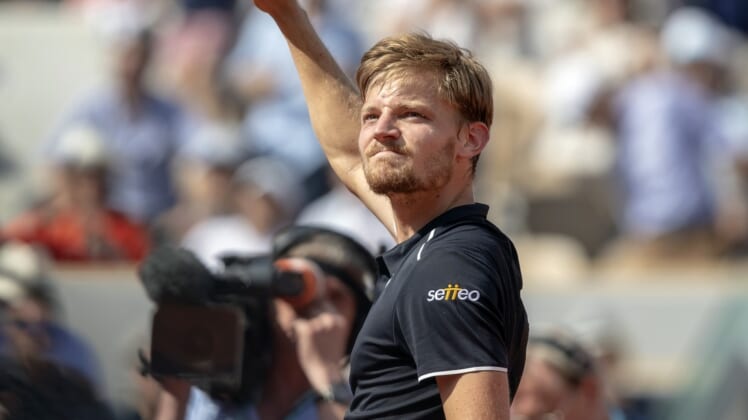 Belgium’s David Goffin rallied from a set and a break down to defeat Slovakia’s Alex Molcan in Sunday’s final at the Grand Prix Hassan II in Marrakech, Morocco.

Molcan was leading 2-1 in the second set and serving at 40-15 before Goffin mounted his comeback, breaking the left-hander’s serve in that game and again in the sixth game to take control.

The season’s third ATP Masters 1000 event, the first on clay, got underway with four matches in the main draw in Monaco.

In the only contest involving a seeded player, Bulgaria’s Grigor Dimitrov was leading 6-3, 2-0 when No. 15 seed Nikoloz Basilashvili of Georgia retired due to breathing issues and chest pain.