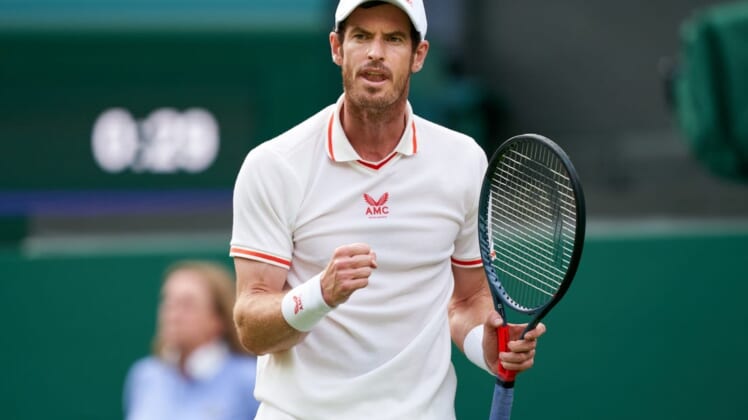 Scotland’s Andy Murray advanced to his first grass-court final since 2016 with a 7-6 (5), 6-2 win Saturday against Australia’s Nick Kyrgios in the BOSS Open semifinals in Stuttgart, Germany.

The 35-year-old Murray, who knocked off top-seeded Stefanos Tsitsipas in the quarterfinals, needed one hour and 33 minutes to defeat Kyrgios. He saved all six break points and withstood 14 aces from Kyrgios. Murray is now 6-1 head-to-head against Kyrgios and 114-23 all-time on grass.

Murray, a former World No. 1, will be seeking his 47th ATP Tour singles title Sunday against second-seeded Italian Matteo Berrettini, who won a 7-6 (7), 7-6 (5) slugfest with Germany’s Oscar Otte.

Medvedev won 73 percent of the points on his first serve in a 7-5, 7-5 victory over France’s Adrian Mannarino, who won this grass-court event the last time it was held in 2019.

The other semifinal saw crowd favorite van Rijthoven outlast No. 2 seed Felix Auger-Aliassime of Canada 6-3, 1-6, 7-6 (5). Ranked No. 205 in the world, the 25-year-old van Rijthoven is competing in just his second ATP Tour event.