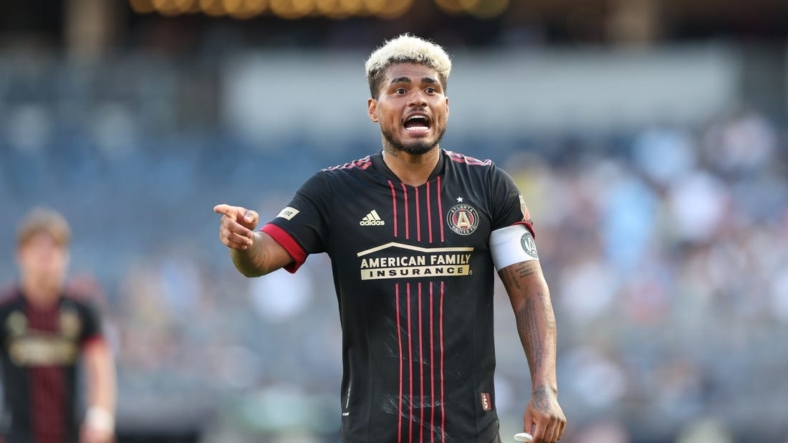 Atlanta United suspended star striker Josef Martinez for one game for conduct detrimental to the team.

While the team did not cite specifics in its Wednesday announcement, The Athletic reported that Martinez walked into the visitors’ locker room following Atlanta’s 2-1 loss at Portland on Sunday and took out his emotions on the catering table, overturning it and sending food flying. When head coach Gonzalo Pineda heard the ruckus, he went to see what was happening and confronted Martinez.

The Athletic report said Martinez and the coach had to be separated physically.

Martinez, 29, will not be with the team this week and will not play Saturday against Toronto FC. He is eligible to return to the team on Monday.

It’s been a frustrating season for Atlanta, which won the 2018 MLS Cup but stands at 8-12-9 with five games to play. In 11th place, the club is five points out of the playoff picture in the Eastern Conference.

Martinez, who was the league MVP in that championship season, is Atlanta United’s leading scorer with eight goals to go with four assists, but Pineda has had him come off the bench in 10 of his 22 games.

He is under contract with Atlanta through the 2023 season.