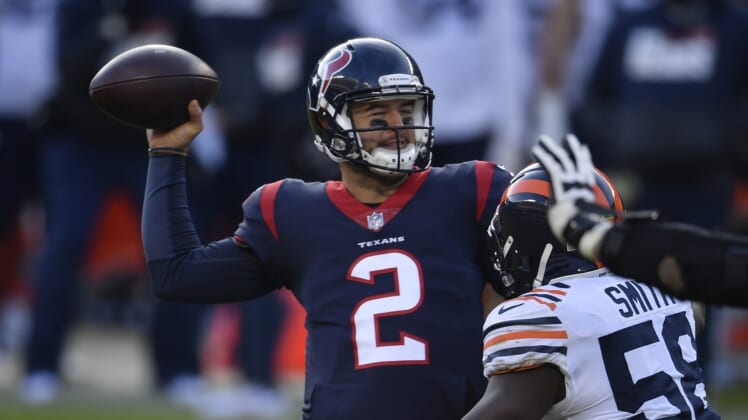 The Atlanta Falcons announced Friday that they agreed to a one-year deal with free-agent quarterback AJ McCarron.

Longtime starter Matt Ryan was the only quarterback on Atlanta’s roster prior to the deal with McCarron.

McCarron, a fifth-round pick in 2014 by the Bengals, has passed for 1,173 yards, six touchdowns and three interceptions.

McCarron was a college standout at Alabama and passed for 9,019 yards, 77 touchdowns and 15 interceptions. He guided the Crimson Tide to two BCS national championships.

Atlanta figures to draft a quarterback at some point over the final six rounds of the three-day NFL draft. The first round was held Thursday and the next two rounds are Friday night.