Athletes bring fight for equality into sporting arena in 2020

TORONTO (Reuters) – A big part of sport’s appeal is that when you buy a ticket or turn on the television for a few hours it provides a respite from the turmoil engulfing the outside world.

But in 2020, from the soccer pitches of the English Premier League to the U.S. Open tennis hardcourts, there was no ignoring the fight for racial equality as athletes rushed to the front lines of what became a global movement.

“We Race as One” was the message Formula One sent wanted heard over the roar of screaming engines as mighty Mercedes, with the enthusiastic backing of F1’s only Black driver Lewis Hamilton, changed their famous Silver Arrows livery to black to show their commitment to greater diversity.

There were moments of silence at PGA golf tournaments and outrage at a NASCAR Cup race when what appeared to be a noose was found hanging in the garage of Bubba Wallace, the only African-American driver in the Series.

A summer of protest in the United States triggered by the May death of George Floyd while in Minneapolis police custody followed by the shooting of another unarmed Black man Jacob Blake in Kenosha, Wisconsin were the sparks that ignited a global movement uniting athletes around the world.

Athlete activists are not a new breed but sport and protest have been a polarising volatile mix.

When Tommie Smith and John Carlos climbed onto the podium at the 1968 Mexico Olympics shoeless with black gloved fists raised in protest after winning gold and silver in the 200 metres, they returned home to the U.S. to face shame and death threats.

Almost 50 years later it was Colin Kaepernick in the cross-hairs, the former San Francisco 49ers quarterback the target of hate for his kneeling protests in 2016 that have become a symbol of the fight against racial injustice and police brutality.

U.S. President Donald Trump labelled such protests as unpatriotic and those doing them “sons of bitches”.

Athletes found their voice not as individuals in 2020 but as a group pushing a common cause and changing forever the dynamic between them, team owners and fans.

A year earlier athletes had protested under threat of punishment and reprisals but this year they did so, in most cases, with the blessing of their leagues and governing bodies.

FIFA, world soccer’s governing body, had long frowned on such displays but in June president Gianni Infantino said players protesting the death of George Floyd on the pitch “deserve an applause not punishment”.

NFL commissioner Roger Goodell went further by saying the league made a mistake not listening to players and encouraged them “all to speak out and peacefully protest”.

After months of rising tension brought on by the Floyd death, the coalescing of the athlete movement came in August following the Blake shooting.

The NBA’s Wisconsin-based Milwaukee Bucks started boycotts when they refused to take the court for their playoff game and other teams followed suit in an unprecedented show of athlete solidarity.

The protests spilled over into Major League Baseball, Major League Soccer, the Women’s NBA and tennis as Japan’s three-times Grand Slam champion Naomi Osaka pulled out of a tournament after reaching the semi-finals.

The next week at the U.S. Open Osaka used the sport’s biggest stage to put a global spotlight on racial injustice by wearing a different face mask for each of her seven matches with the name of a Black American victim of police brutality.

“It has been more than 50 years since athletes like Muhammad Ali, John Carlos and Tommie Smith and the Original 9 of women’s tennis all stood up and used their sport, their voices and their actions to change humanity,” said tennis pioneer and women’s rights trailblazer Billie Jean King. “The baton has been passed and Naomi has accepted it.”

As the year draws to a close, athletes have put words into action, forcing leagues to join them with almost every sport introducing diversity programs.

While some have paid lip service others have put their money where their mouth is with NBA great Michael Jordan pledging $100 million over the next 10 years to organisations dedicated to racial equality.

“We have been beaten down (as African Americans) for so many years,” Jordan, principal owner of the Charlotte Hornets, told the Charlotte Observer. “It sucks your soul. You can’t accept it anymore. This is a tipping point. We need to make a stand.

“We’ve got to be better as a society regarding race.”

(Reporting by Steve Keating in Toronto. Editing by Ken Ferris) 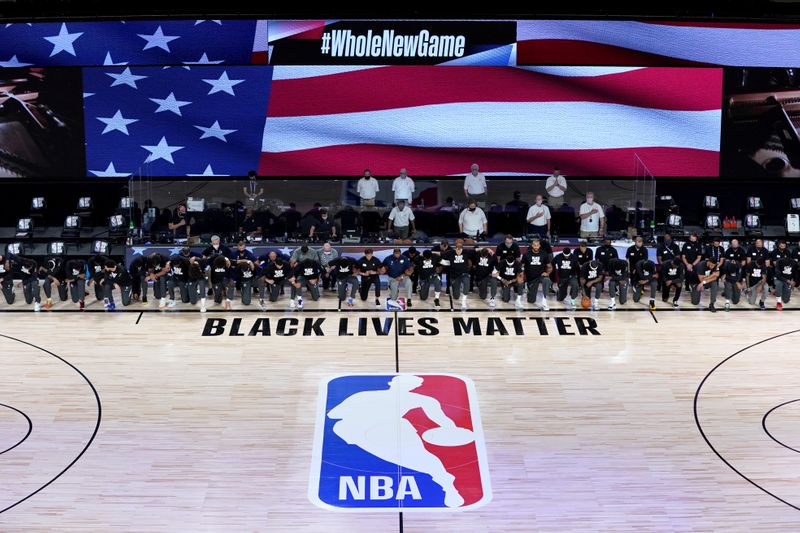 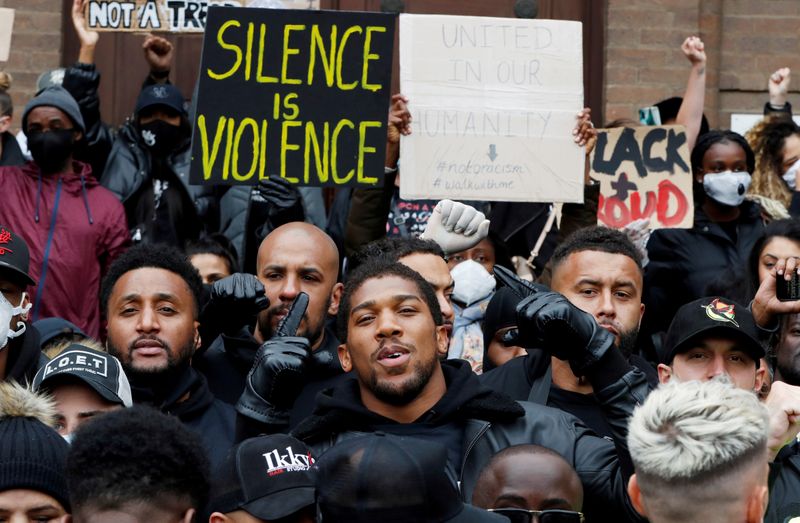 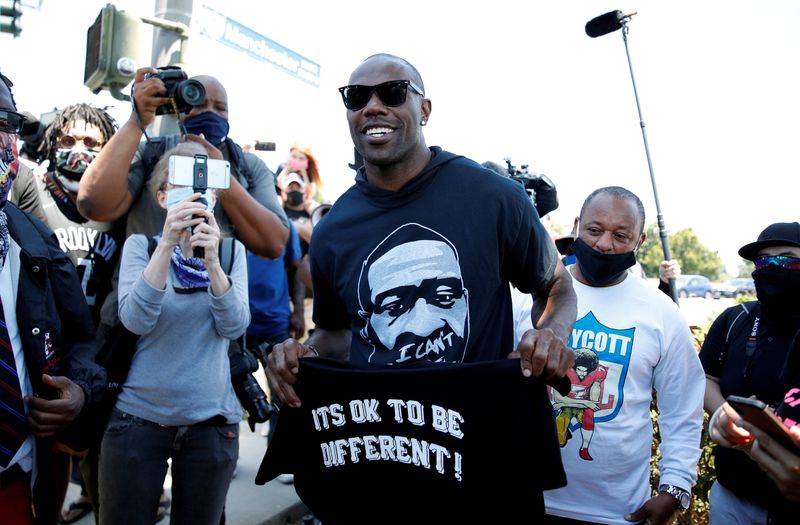 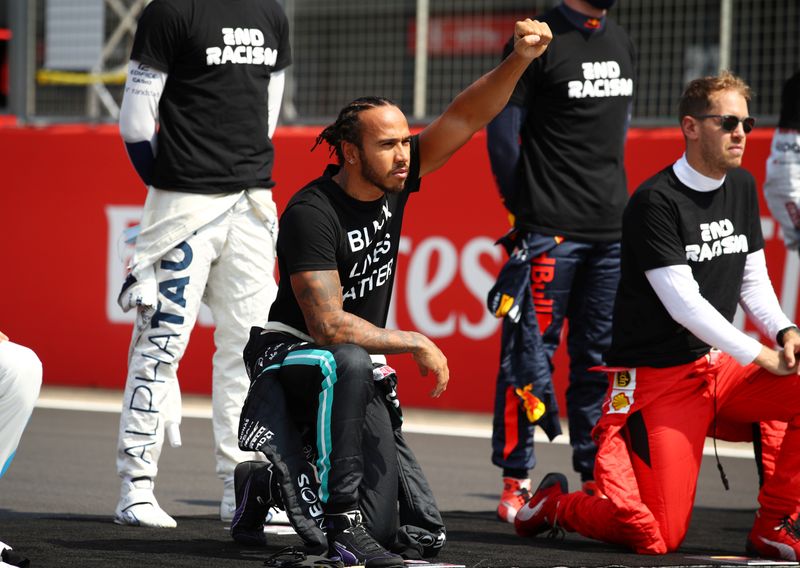 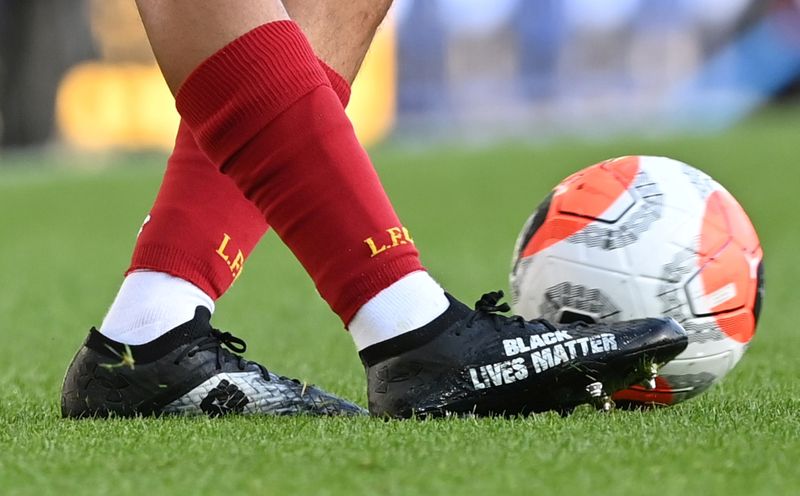