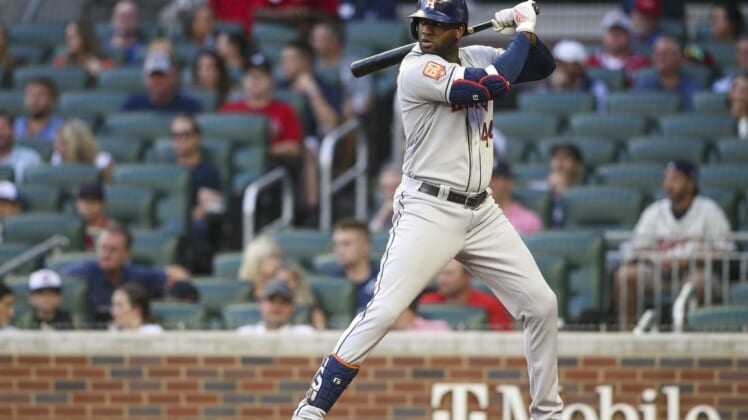 Houston Astros All-Star slugger Yordan Alvarez is progressing after experiencing breathing issues Friday night and could return to the lineup on Sunday after receiving a favorable medical review.

Alvarez was at the ballpark on Saturday but under a protocol in which the team was monitoring him non-stop.

“He’s better,” Baker said. “We’ve still got to watch him. He’s under what’s similar to a concussion protocol, where you’ve got to watch him. You don’t want him to maybe fall out. They couldn’t find anything, but that doesn’t mean nothing’s wrong.”

Alvarez experienced breathing issues while running the bases on Friday and then was greatly bothered by some in-game fireworks. He exited the game with two outs in the bottom of the fifth inning while Atlanta’s Vaughn Grissom was having his foot looked at by a trainer.

Baker termed the situation frightening but was relieved Alvarez wasn’t facing a serious medical issue. He said the club wanted to be cautious on Saturday.

Alvarez is batting .295 with 31 homers and 77 RBIs in 103 games this season. He ranks second in the American League in homers.