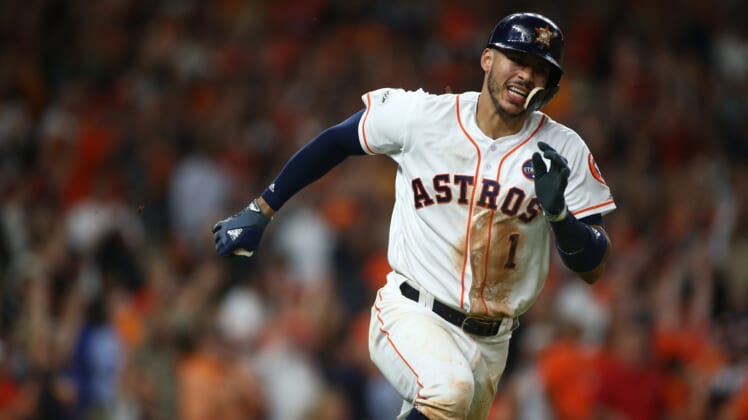 Houston Astros star shortstop Carlos Correa has missed the past two months with a rib fracture he suffered during a massage back in May.

That’s the bad news. The good news? Correa has officially been activated from the 60-day injured list and will start against the St. Louis Cardinals on Friday.

This is some rather good news for an Astros team that heads into the weekend with a 66-38 record and eight games ahead of the Oakland Athletics in the American League West.

The team has been dealing with injuries throughout the entire season, primarily to Correa, George Springer and Jose Altuve. All three are now back for the stretch run.