Astros look to finish off sweep of season series with Tigers 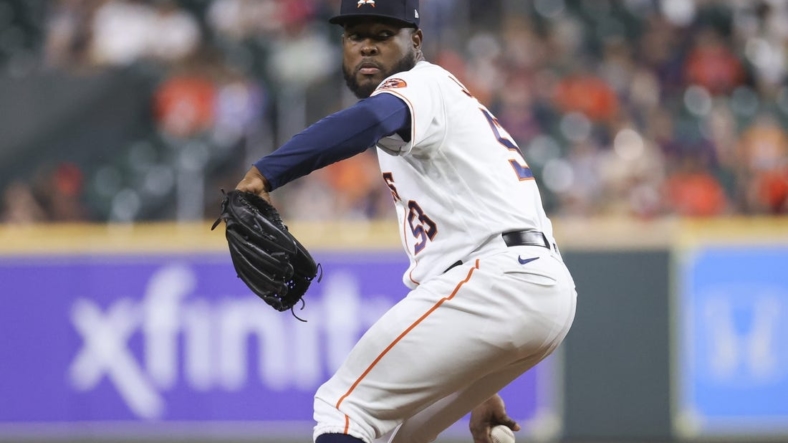 Joey Wentz collected his first major league victory in his home state during his last start. He’ll look to get his first home win for his team as the Detroit Tigers seek to avoid a sweep of the seven-game season series by the powerful Houston Astros on Wednesday afternoon.

The rookie left-hander grew up in the Kansas City area and tossed 6 2/3 innings against the Royals in a 10-2 road win on Friday.

Wentz had many family members and friends cheering him on and manager A.J. Hinch took him out in the seventh inning so they could give him a big ovation as he left the mound.

“I told him that it’s pretty awesome to come back and pitch in front of your family and friends,” Hinch said. “These are smart fans and they’re going to give you a nice ovation. Enjoy this walk. It doesn’t happen very often. Especially on the road.”

Wentz (1-1, 4.05 ERA) was making his third major league start and first since May 31. He was elevated from Triple-A Toledo after veteran Michael Pineda was designated for assignment.

“Your first major league win is special anywhere, but it’s probably a little more special to have a lot of family and friends here to watch,” Wentz said. “And my win comes on a pretty good night for the whole team, which is also very good.”

Wentz used a combination of fastballs, cutters and curveballs to stymie Royals batters.

“I thought all my pitches were good,” Wentz said. “(Catcher Eric) Haase called a great game and I just threw what he called. I was really happy I was able to land some curveballs. That can be big for me going forward.”

The Tigers (54-88) will be looking to snap a three-game losing streak.

Cristian Javier (8-9, 3.01) will start for the Astros. Javier’s last outing came on Wednesday when he gave up three runs (one earned) while striking out eight in 5 1/3 innings against Texas.

Javier has recorded 165 strikeouts in 125 2/3 innings. He pitched three scoreless innings of relief against the Tigers on May 8. He has made two career appearances vs. Detroit, pitching 4 2/3 innings with a 1.93 ERA.

Javier’s role in the rotation, regardless of how he pitches on Wednesday, remains in flux. Cy Young candidate Justin Verlander is expected to come off the injured list this weekend.

Rookie Hunter Brown has been impressive in both of his starts, including a 6-3 win in his hometown of Detroit on Tuesday. Brown pitched six innings and gave up only two runs. Closer Ryan Pressly locked up the Astros’ third consecutive win by striking out the side in the ninth.

Houston (92-50) has brought out the heavy lumber during the streak, scoring 25 runs. The Astros hit three home runs in their latest victory, a solo shot from Yordan Alvarez and two-run blasts from Kyle Tucker and Yuli Gurriel.

Gurriel has a five-game hitting streak, lifting his season average to .245.

“The biggest thing is just the confidence,” he said through an interpreter during a postgame TV interview. “I’ve been working a lot with the hitting coaches and working with my brother at home. Just trying to finish off strong.”