Astros host Angels in search of another series win 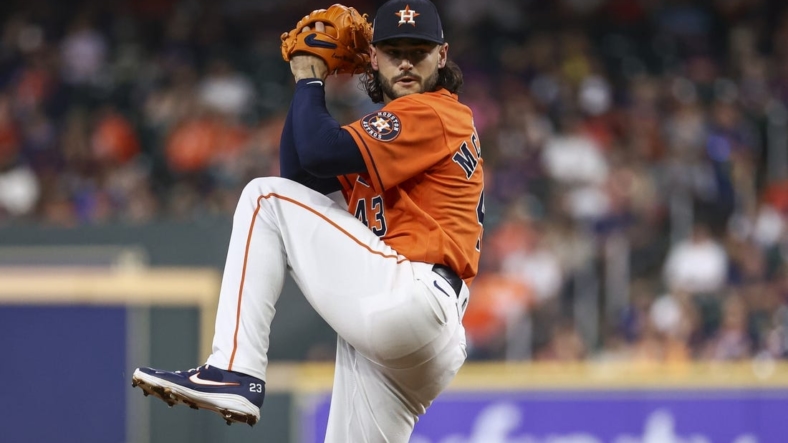 The Houston Astros say farewell for this season to a second consecutive American League West opponent with a three-game home series against the Los Angeles Angels starting Friday.

The American League-best Astros (88-49) just finished their regular-season schedule against the Texas Rangers with a 4-3 victory in 10 innings Wednesday. They won two of three against their in-state rival, but both victories came by just a run.

Houston went 14-5 against Texas this season and has a chance to match that mark with a three-game sweep of the Angels.

The Astros and Angels recently met for three games at Anaheim, with Houston winning two of three over the weekend. Houston earned a 9-1 victory in Sunday’s series finale with Jose Altuve hitting a home run among his three hits.

The Astros will send right-hander Lance McCullers Jr. (2-1, 2.08 ERA) to the mound Friday looking to improve on a road start against the Angels last week when he gave up two runs on six hits over 5 2/3 innings, but struggled with his command while walking four batters.

“I think if this is me with my stuff not crisp, I’m happy with it,” said McCullers, who made his fourth start of the season after returning from a forearm injury. “I’m not happy with the final lines and things like that, but for what I’m bringing to the table right now, it’s solid. I’ve been getting better and will continue to do that, and when I do it will click.”

The Angels (60-77) are expected to counter with right-hander Michael Lorenzen (6-6, 4.94), who hasn’t pitched since July 1 because of a right shoulder strain. He tried to pitch through the discomfort and gave up eight runs over three innings against the Astros in his most recent big-league start.

Over his last six starts before going on the injured list, Lorenzen was 1-5 with a 7.58 ERA.

“I knew his command was off,” Angels interim manager Phil Nevin said of Lorenzen’s last appearance. “You could tell that he really didn’t have the command of his two seamer that he normally does. Hitters can kind of lean out over the plate with his slider, so the two-seamer kind of keeps them off that.

“Watching the videos of his last couple of (rehab) starts, the control has been good. … We feel like he’s right back to where he was.”

In four career appearances (two starts) against the Astros, Lorenzen is 0-2 with a 12.38 ERA.

The Angels could use help from anybody other than their pair of superstars. Mike Trout and Shohei Ohtani each hit home runs Wednesday, but the Angels dropped a 5-4 decision to the visiting Detroit Tigers to prevent a three-game sweep.

Trout and Ohtani have homered in the same game eight times this season and did it twice in the series against the Tigers. Trout has 32 home runs on the season, while Ohtani has 33 in his bid for a second consecutive American League MVP award.