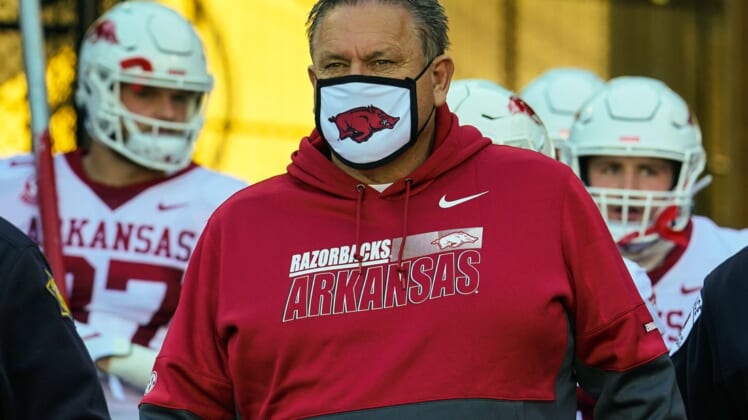 Arkansas is giving football coach Sam Pittman another year on his contract because of the uniqueness of the coronavirus-impacted 2020 season.

Athletic director Hunter Yurachek told fans at an event in Harrison, Ark., on Monday that he and Pittman agreed to start fresh with the five-year, $15 million deal he signed when he was hired in December 2019.

His contract now will run through the 2025 season.

“So he’s kind of starting from Year 1 again this year. So in a sense, it’s given him a one-year extension,” Yurachek said. “But I didn’t feel like for Coach, that to be evaluated on his first season without spring practice, playing an SEC-only schedule, was the appropriate measure for him. So him and I agreed: Let’s just reset your contract.”

Pittman led the Razorbacks to a 3-7 record in his debut season. They snapped a 20-game losing streak in the Southeastern Conference on Oct. 3 in a win over Mississippi State and later defeated Ole Miss and Tennessee.

“I thought it was certainly fair and gave me another year on my contract,” Pittman, 59, said at the event Monday. “I’ve said it before: Longevity is important to me. I guess we did enough where Hunter felt we were going in the right direction, and I was excited about it.”

Arkansas is scheduled to open the 2021 season on Sept. 4 against Rice at home. 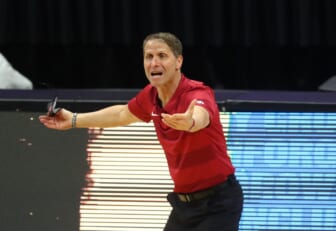