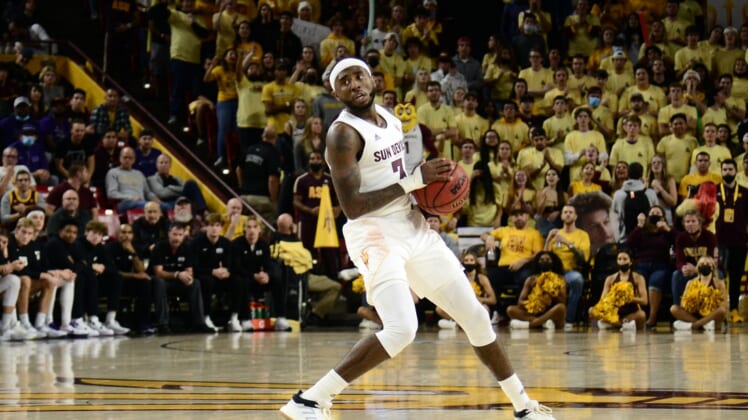 Woods finished with 20 points and seven rebounds and Cherry had four points on 2-of-11 shooting, including 0 of 6 from 3-point range, before fouling out with 4:40 left.

Woods’ 3-pointer with three seconds remaining cut the deficit to 65-62. Jackson was fouled before the ball was inbounded, and he made two free throws to put the game out of reach.

Neither team shot well from the field – both around 31 percent — but the Sun Devils overcame that by outscoring the Anteloupes at the foul line. The Sun Devils (4-6) finished 26 of 28 from the line, while Grand Canyon (8-2) attempted just 13 free throws and made eight.

Arizona State took an early 16-5 lead, but Grand Canyon responded with an 11-2 run.

The Sun Devils gradually built the lead to 33-24 at halftime. Jay Heath scored seven points on 7-of-8 shooting from the line.

The Sun Devils built the lead to 57-48 with 3:08 remaining and Grand Canyon rallied again.

The Sun Devils have won consecutive games after losing five straight, including a 51-29 loss at home against Washington State last week.