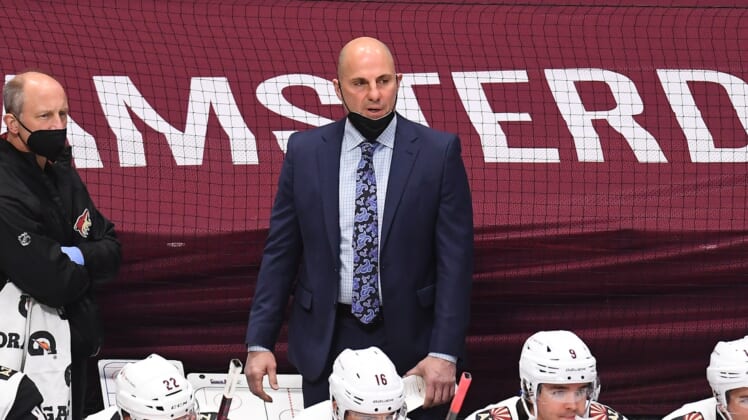 The Arizona Coyotes parted ways with coach Rick Tocchet on Sunday, with the team saying it was a mutual decision.

“After meeting with Rick, we have agreed that a coaching change is in the best interest of the club,” Coyotes general manager Bill Armstrong said in a news release. “This was a very difficult decision, but we believe that it is time for a new direction and new leadership.

“Rick is a very good coach and an incredible person, and we sincerely appreciate all his hard work and dedication to the Coyotes the past four years. We are grateful for everything that he has done for our organization and wish him the best of luck in the future.”

Arizona completed its season with a 5-4 overtime victory over the San Jose Sharks on Saturday. It was the team’s second straight triumph following a 15-game stretch in which it went 3-11-1.

One year earlier, Tocchet guided the franchise to the playoffs for the first time since the 2011-12 season.

“It’s been an honor to coach the Coyotes the past four seasons,” Tocchet said in the news release. “I have great respect and admiration for all the players I coached in Arizona, along with my coaching staff, the medical staff, the equipment managers, the PR staff and the team services staff. They are the best in the NHL, and I appreciate all their help and hard work.

“I also want to thank the fans of the Valley for all their support. I have loved living, playing, and coaching in Arizona and this place will always be special to me.”