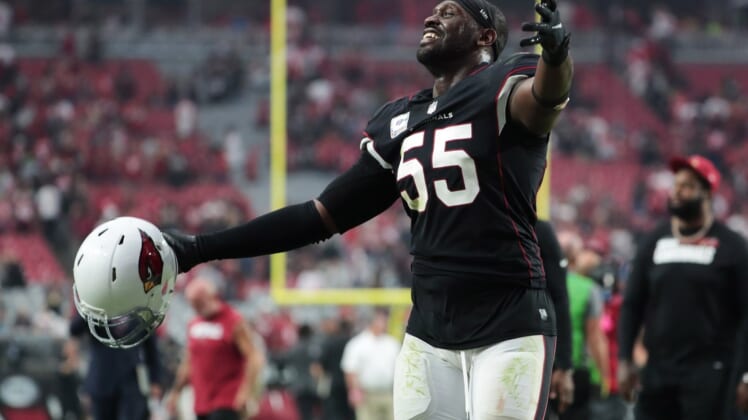 The Arizona Cardinals placed star linebacker Chandler Jones on the reserve/COVID-19 list due to a positive test, multiple media outlets reported on Tuesday.

If Jones is vaccinated, he would need to record two negative tests results at least 24 hours apart in order to return to the team. The Cardinals (5-0) visit the Cleveland Browns (3-2) on Sunday.

Jones, 31, leads the team with five sacks — all of which came in Arizona’s 38-13 season-opening victory over the Tennessee Titans on Sept. 12. The three-time Pro Bowl selection has nine tackles, two forced fumbles and one fumble recovery in five games (all starts) this season.