Are the Rams Quietly Plotting a Move to Los Angeles? 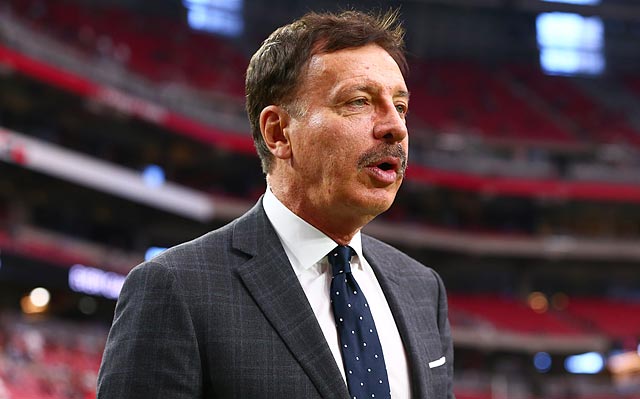 Amid the backdrop of St. Louis Rams’ owner Stan Kroenke planning to build a brand-new football stadium in Southern California, comes this stunning report from SB Nation that might shed more light on what is happening behind the scenes in St. Louis.

According to SB Nation’s Ryan Van Bibber, the Rams have told staffers that the team will not be holding its annual fan fest in August. In addition to this, they have cancelled an annual breast cancer awareness event set for October.

It doesn’t take a genius to understand what is happening here, especially if you stayed on top of the news coming from both St. Louis and Los Angeles.

There’s no reason for the Rams to cancel a fan fest that reportedly drew 15,000 last year unless they were planning on taking a significant step in a potential move to Southern California. As Van Bibber pointed out in his piece, fan engagement has been a vital part of the Rams’ marketing efforts over the years. That’s only been magnified by the team’s lack of success on the field over the past several years.

This comes on the heels of Kroenke’s plan to work with Stockbridge Capital Group to build a new stadium on a 300-acre lot of land in Southern California.

For his part, the Rams owner has indicated privately that he’s willing to take on the NFL and move the team without the required votes from the other 31 league owners.

Adding more fuel to the fire, Inglewood mayor James Butts indicating on more than one occasion that it’s likely a NFL team will uproot to his city. In addition to this, those preparing the development of a new stadium in Inglewood have given Butts over $118,000 in campaign contributions over the years.

This report comes directly from Angel Jennings and Tim Logan of the Los Angeles Times.

Butts also recently indicated that the city of Inglewood is “all in” as it relates to bringing a team to his city.

While moving the Rams in time for the 2015 season is highly unlikely, Kroenke could be setting up a relocation in time for the 2016 campaign. That in and of itself could set into motion a protracted legal battle between the Rams and owners of the other 31 teams around the NFL. This is only magnified by the fact that multiple owners have come out and expressed issues with what Kroenke is doing behind the scenes.

Reports surfaced last month that the San Diego Chargers could sue to keep the Rams out of the Southern California market. This has only taken on a new life in recent days after more information has been released regarding St. Louis’ plans. In addition to this, Pittsburgh Steelers owner Art Rooney II has warned of a legal war should the Rams attempt a move back to the city that it departed some 20 years ago.

Adding to this mess is the thought process around the NFL that Oakland Raiders owner Mark Davis is hellbent on returning his team to Southern California.

SB Nation’s report can be seen as some sort of a leap forward from the Rams in their attempt to uproot from St. Louis. If the team was fully prepared to remain in that city for the 2015 season, why would it cancel such important fan events? I guess that’s a question only Kroenke himself can answer.

Until then, let’s just sit back and enjoy the drama as it unfolds.