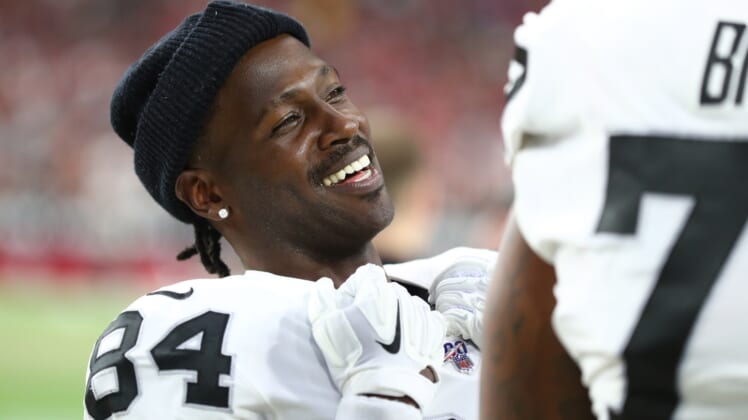 Antonio Brown refuted reports that he got into a scuffle on the field during Wednesday’s practice, and says he never called Oakland Raiders general manager Mike Mayock a “cracker,” as had been reported.

ESPN’s Dianna Russini spoke with Brown, who told her “everything has been blown out of proportion” and that he “spoke with Mike Mayock 1-on-10, man-to-man.”

Brown did, in fact, unfollow the Raiders and quarterback Derek Carr on Instagram Thursday, one day after whatever happened between himself and Mayock took place. He also was held out of practice and was not at team facilities Thursday, indicating something extreme did take place.

The Raiders have welcomed Brown back into the fold, however, and he won’t be suspended. In fact, Brown is now expected to play Monday night against the Denver Broncos.

Whether that’s a good thing for the Raiders remains to be seen.