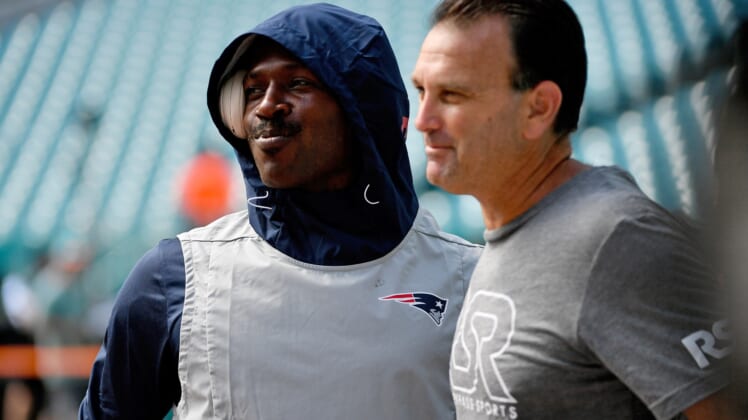 Antonio Brown is currently being sued by a former trainer, who alleges multiple instances of sexual assault, and a second woman has also accused him of sexual misconduct.

On Monday, Robert Klemko of Sports Illustrated released a detailed, scathing column in which other allegations of Brown’s inappropriate conduct were delved into, including that he exposed his barely covered genitals to a woman he brought in to paint a mural in his home.

On Monday afternoon, Darren Heitner, Brown’s lawyer, issued a brief statement on Twitter in which he wrote: “Antonio Brown has reviewed the sexual misconduct allegations made by an unnamed artist included in a recently published Sports Illustrated article and denies that he ever engaged in such activities. There will be no further comment at this time.”

Brown played Sunday for the New England Patriots, catching four passes for 56 yards and a touchdown, despite the lawsuit against him. The NFL is interviewing Britney Taylor on Monday over her allegations of sexual assault, and will speak to Brown at a later date.

Though he has been practicing and playing for the Patriots this past week, Brown may still land on the commissioner’s exempt list if the league determines there is enough credible evidence he committed the acts he is being accused of.