Anthony Davis out at least 4 weeks with MCL sprain 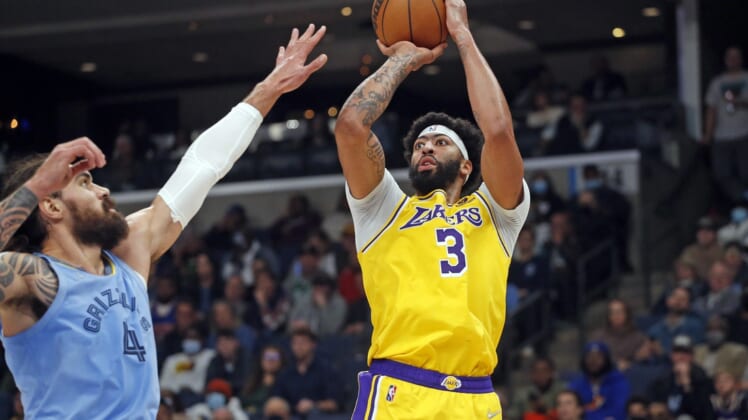 Los Angeles Lakers star Anthony Davis sprained the MCL in his left knee and will miss at least four weeks.

The team said Saturday Davis will be re-evaluated in about a month.

Davis injured the knee Friday night against the Minnesota Timberwolves, leaving the game.

Davis limped off the court and walked slowly to the locker room shortly after sustaining the injury. He had nine points in 20 minutes when he went down.

The injury happened after LeBron James passed the ball to Davis near the left elbow. Timberwolves defender Jaden McDaniels turned toward Davis, but he lost his balance and tumbled into Davis’ knee as his leg was planted.

Earlier in the game, Davis left with an ankle injury but eventually returned.