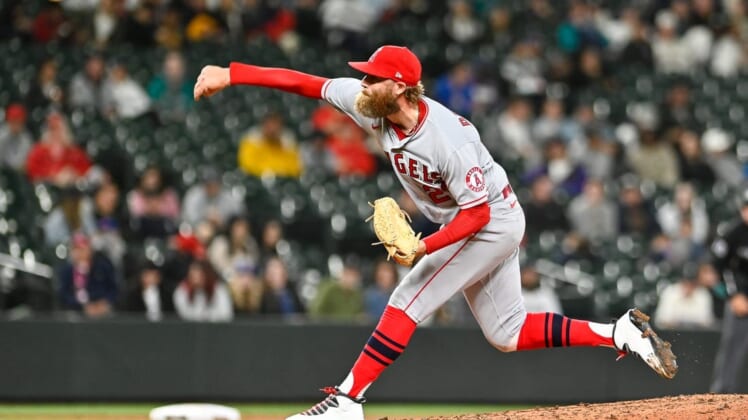 The Los Angeles Angels placed right-handed reliever Archie Bradley on the 15-day injured list Tuesday with a fractured right elbow. The move is retroactive to Monday.

In a related move, the Angels called up right-hander Chase Silseth from Double-A Rocket City.

The Angels did not indicate how Bradley suffered the fracture. However, during the dugout-clearing brawl between the Angels and Seattle Mariners on Sunday, Bradley was seen falling over the dugout railing and landing awkwardly.

It wouldn’t be the first injury related to the fight that led to eight ejections and 12 suspensions. On Monday, the Mariners placed catcher Luis Torrens on the 10-day IL with shoulder inflammation after he injured his left (non-throwing) shoulder during the brawl.

Silseth, 22, made his major league debut earlier this season, starting four games for the Angels in May and June. He went 1-2 with a 4.96 ERA and 11 strikeouts against seven walks over 16 1/3 innings.