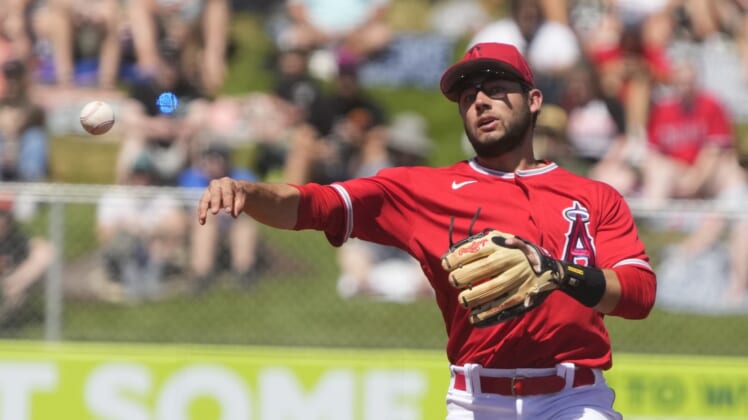 The Los Angeles Angels placed infielder David Fletcher on the 10-day injured list, one of a series of Sunday transactions.

According to the Los Angeles Times, Fletcher will see a specialist in Philadelphia on Monday and surgery apparently is “on the table.”

Rojas, 29, is batting .130 with one RBI in seven games with the Angels this season.

Rosenberg, 26, made his MLB debut on April 18 and allowed one run on two hits in one inning of relief at Houston.