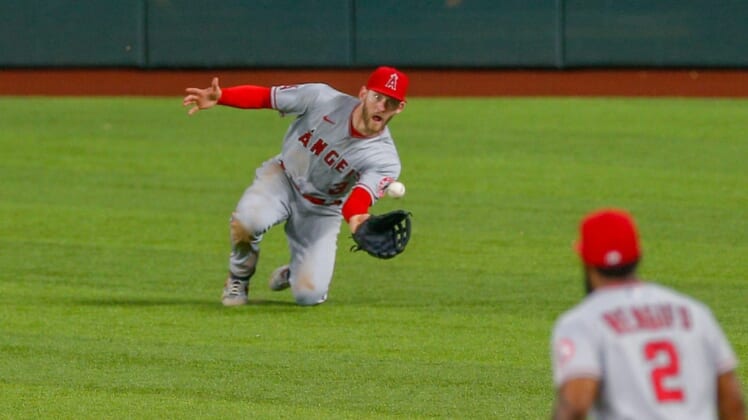 The Los Angeles Angels placed outfielder Taylor Ward on the 10-day injured list with a right hamstring strain on Sunday.

The designation is retroactive to Saturday. In a corresponding transaction, the Angels recalled outfielder Jo Adell from Triple-A Salt Lake.

It’s the latest in a string of short-term injuries for Ward. He sat out opening day with a groin injury, missed a few games with a hamstring injury in mid-May and then sustained a neck stinger when he crashed into the outfield fence on May 20 and was sidelined about a week.

“There’s no excuse for anything,” he told reporters before landing on the injured list. “I’ve been swinging at bad pitches lately. I think that’s the No. 1 thing. Cleaning that up I think will help get me back to doing the right things.”

Adell, 23, appeared in 19 games with the Angels earlier in the season, hitting .215 with three home runs and eight RBIs. He struck out 24 times in 65 at-bats.