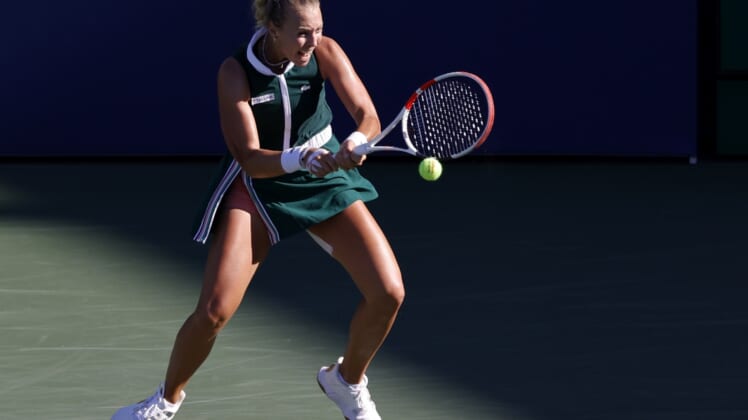 Anett Kontaveit of Estonia converted 74.4 percent of her first-serve points on Friday while posting a 6-4, 6-3 upset of third-seeded Swiss Belinda Bencic to advance to the semifinals of the J&T Banka Ostrava Open in Ostrava, Czech Republic.

Kontaveit next will face second-seeded Petra Kvitova in her homeland. Kvitova had a 24-11 edge in winners while posting a 6-4, 6-4 win over Jil Teichmann of Switzerland.

Top-seeded Iga Swiatek of Poland also moved on with a 7-6 (5), 6-2 victory over seventh-seeded Elena Rybakina of Kazakhstan. Swiatek won 76.6 percent of her first-serve points compared to 56.8 percent for Rybikana.

Swiatek will face fourth-seeded Maria Sakkari of Greece in the semifinals. Sakkari had four aces and converted 77.4 percent of her first-serve points while registering a 7-5, 6-3 win over Czech wildcard Tereza Martincova.