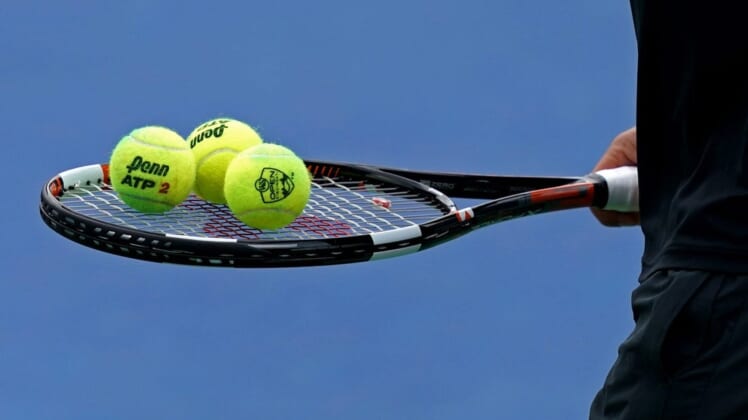 Jaeger, now 57, also told The Independent she also was unknowingly served alcohol when she was 16 by a different staff member, who drove her home and tied to kiss her.

The two-time Grand Slam finalist was on the tour from ages 14 to 19 and was ranked as high as No. 2 in the world in 1981. Despite her success, she said she made it a habit to avoid WTA officials at tournaments during her five years on tour. Jaeger said much of the harassment occurred in locker rooms.

“I’d change in portable toilets or a bathroom stall because I didn’t want to deal with the comments, the interest or actions of people,” Jaeger said, according to The Independent. “I had at least 30 incidents with one specific non-playing staff member, physical attempts all in the locker room very, very early in my career. That particular non-playing staff employee had a major issue keeping her hands to herself.

“I avoided being in training rooms alone because an approach was made on me there as well.”

Jaeger said she was served multiple alcoholic drinks following the 1982 WTA Championships and began to get fuzzy. An official drove her home.

“When we got to my condo, she walked me to the door and tried something on with me,” Jaeger said. “She was trying to kiss me. I was so sickened that I was crawling up the stairs inside trying not to throw up so my dad wouldn’t see me.”

Jaeger said she complained to WTA officials after the incident and was threatened with reprisals.

“I said this has got to stop. Every week I have to worry about this (expletive),” Jaeger said. “They said ‘if you say one more word about this, we’ll make sure your sister’s scholarship at Stanford gets pulled.’

“Every time I tried to stand up for myself, I was threatened with someone else getting harmed.”

Jaeger told The Independent that there were many inappropriate relationships within the sport.

“There was a physical therapist who was in a relationship with one of the players,” Jaeger said. “I had a groin injury, a muscle strain, and should have got it examined but I didn’t want to get treated by that person. All these unethical situations are something that a 14- to-19-year-old should never be dealing with.”

Jaeger felt now was the right time to speak up about her experiences.

“I can see how in any sport, even now 40 years later, if a kid was confronted with similar situations they may also stay quiet when threatened,” Jaeger said. “I don’t want to enable any further harm to happen.” Because if that is the real story behind the teenage phenom who burnt out, her legacy is the hundreds of young lives she’s brought a light to since.”

Jaeger won 10 career titles before retiring at age 19 due to a shoulder injury. She lost to Martina Navaratilova in the 1982 French Open final and also in the 1983 Wimbledon final.