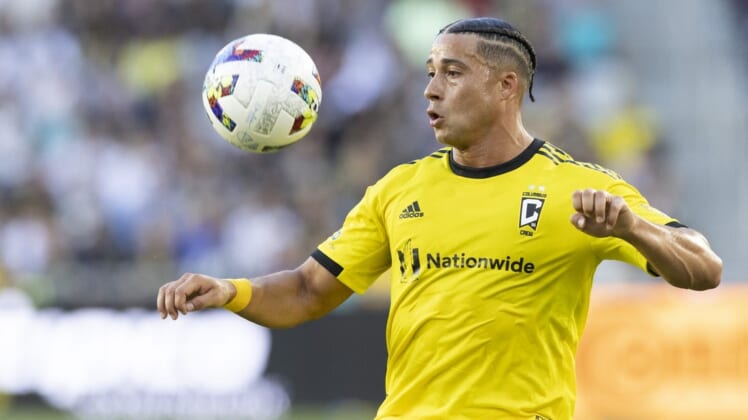 Andre Shinyashiki scored early in the second half as Charlotte FC rallied to tie host Columbus 1-1 on Saturday.

Expansion side Charlotte (6-8-2, 20 points) is still searching for its road victory after six losses and two draws.

Meanwhile, the Crew’s home misery continues, posting a 1-3-1 record in their past five games in Columbus. They are 1-2-2 in the past five matches overall despite scoring first versus Charlotte thanks to Hurtado, who has goals in two straight matches and three in five games this season.

Miguel Berry pressured goalkeeper Kristijan Kahlina into a turnover and Hurtado was there for the loose ball and quickly shot before Kahlina could recover.

Charlotte responded in the first meeting between the teams when Shinyashiki drilled a shot from 15 yards for his fourth goal, which marked his third in six games with his new squad since coming over from the Colorado Rapids.

Cristian Ortiz had the initial shot, which was saved by Eloy Room, but the rebound went directly to Shinyashiki for the follow-up.

The club was minus top scorer Karol Swiderski (four goals, two assists), who had been on international duty with Poland.

The Crew is close to signing Colombian international forward Cucho Hernandez from Watford of the English Championship after the club was relegated from the Premier League following the 2021-22 season, according to multiple media reports.

Hernandez, 23, had five goals and two assists last season and played 25 matches in the Premier League.

Both teams play on June 25 when the Columbus plays at Real Salt Lake while Charlotte is at CF Montreal.