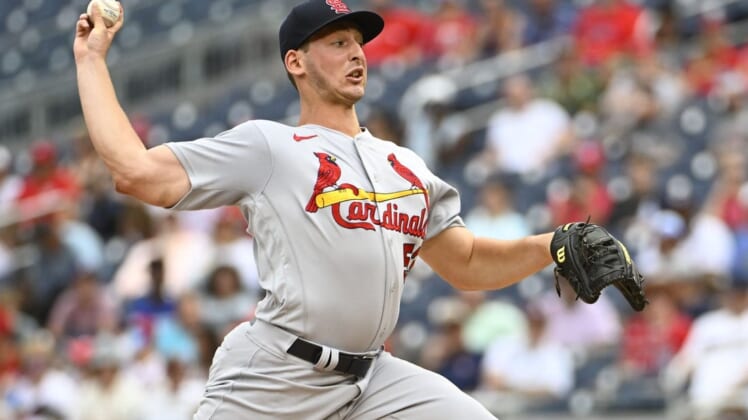 Pallante was in line for a complete game before Tres Barrera led off the ninth with an infield single and Lane Thomas followed with a double.

Ryan Helsley completed the combined five-hitter. He inherited Barrera and Thomas on second and third with no outs in the ninth before striking out Cesar Hernandez and Juan Soto. The game ended on Josh Bell’s lineout to center field.

Pallante (4-4), a rookie right-hander, pitched a career-high eight innings. He struck out a career-best eight batters while issuing just one walk among his 96 pitches.

Dickerson finished 3-for-4, nearly collecting half of the Cardinals’ seven hits, though the team stranded eight runners on base. Paul DeJong also homered for St. Louis, which has won three of its last four games and completed a 4-4 road trip coming out of the All-Star break.

Until the ninth, Washington’s three singles off Pallante came from Nelson Cruz, Yadiel Hernandez and Barrera. This halted what had been a positive stretch for the Nationals, who won four of their previous six games coming into Sunday. They were shut out for the first time since July 5 at Philadelphia.

The Cardinals opened the scoring on Dylan Carlson’s groundout in the third inning. That drove in Dickerson, who led off the inning with a double.

Dickerson’s fourth homer of the season with two outs in the fourth inning stretched the Cardinals’ lead to 4-0.

DeJong, who was promoted from Triple-A Memphis on Saturday, homered for the second day in a row. His sixth-inning blast came off reliever Jordan Weems.