The Colorado Rockies and Toronto Blue Jays pulled off one of the most surprising trade deadline deals in recent history when the former sent star shortstop Troy Tulowitzki and reliever LaTroy Hawkins up north for Jose Reyes and three prospects.

The entire parameters of the deal are not yet known, but we have details regarding the biggest names sent each way.

In addition to adding Tulo to the mix, Toronto gets a veteran bullpen arm in Hawkins, who is in his 21st season in the Majors. Continuing to show he has something left, the 42-year-old veteran has posted a 3.63 ERA and 1.16 WHIP in 24 appearances this year.

However, it’s the addition of Tulowitzki that changes everything in the American League East. Currently seven games behind the red-hot New York Yankees, it’s rather apparent that Toronto needed to add some new blood. The interesting thing here is that many expected the team to go for pitching. Considering the Blue Jays rank first in the Majors in runs scored and slugging percentage, it’s hard to pinpoint just how much better the 30-year-old shortstop makes their offense.

Most people will look at Coors Field and conclude that Tulowitzki’s numbers are inflated. That’s ignorance based simply on narrative. This season alone, he has a higher batting average (.309) and on-base percentage (.354) on the road than at home. Over the course of his impressive career, the former first-round pick is hitting at a solid .277 clip with a .349 on-base percentage on the road. Interestingly, he’s also heading to a Rogers Centre that is almost as hitter-friendly as Coors. That’s something to take into account here.

With Tulo in the mix, the left side of Toronto’s infield now includes two All-Star performers (Josh Donaldson being the other) that have combined to hit over .290 with 36 homers with 120 RBI’s on the year. Add Jose Batista, Edwin Encarnacion, Russell Martin and Chris Colabello to the mix, and that’s by far the best lineup in the Majors.

None of this changes the fact that Toronto won’t be able to compete from a pitching standpoint in any five or seven-game series should it earn a playoff spot for the first time since winning the World Series in 1993. After all, we are still looking at a team that ranks 12th in the AL in ERA, 11th in quality starts, 10th in batting average against, 10th in WHIP and 10th in strikeout/walk ratio.

Short of giving up the remainder of its farm for a David Price or Cole Hamels, this aspect of the roster is going to be a major issue moving forward. 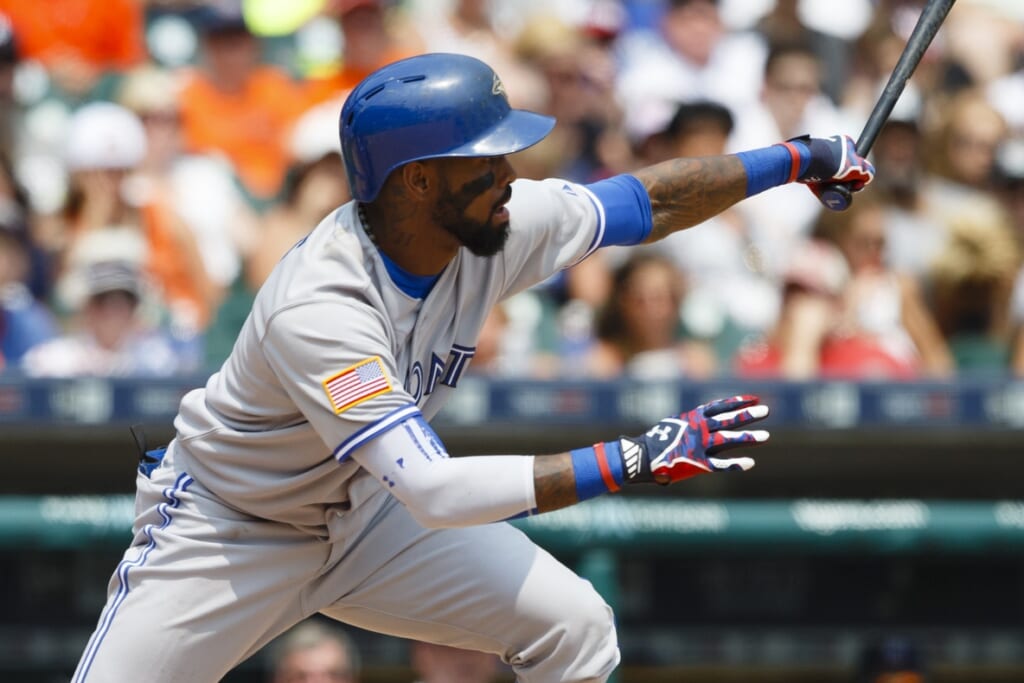 Colorado made the inevitable decision to part ways with the face of the franchise on Monday night. That might be a bitter pill for fans to swallow, but it’s something the team simply needed to do. While moving Tulowitzki had to be hard for the front office, the Rockies got a darn good bounty in return.

Jose Reyes is nowhere near the player he used to be, but he can come in and act as a stopgap option for top prospect Trevor Story at short. At $22 million per season over the next two years and with a $4 million buyout option for 2018, it’s definitely an expensive stopgap.

Though, who is to say Reyes will remain on the team over the next few days? Despite his lofty contract, some contending squads would love to add Reyes’ bat to the top of the lineup. The 32-year-old is still a .280-plus hitter with some solid speed. If the Rockies are able to flip Reyes, it’s likely the team will simply promote Story, who is hitting .286 with 16 homers, 57 RBI’s and 32 doubles between Double-A New Britain and Triple-A Albuquerque this year.

Reyes isn’t the real big acquisition here. Instead, that goes to two of the Blue Jays former top prospects.

Jeff Hoffman, the No. 9 overall pick in the 2014 draft, is seen as a potential staff ace with electric stuff. The 6-foot-4, 22-year-old graded out as the Blue Jays third-best prospect by MLB.com prior to the start of the season.

Matt Garrioch of SB Nation’s Minor League Ball had this to say about Hoffman prior to him going in the top 10 of the draft last June:

“The comparisons have been from Adam Wainwright for the Cape dominance to Kevin Gausman for his build and repertoire to Justin Verlander for his ability to reach the upper 90’s late in the game.”

That’s some mighty high praise right there. Considering the Rockies have gone what seems like two decades without a high-profile young arm like Hoffman, this represents somewhat of a change of tune from an organizational standpoint. Trading a proven bat for a talented young arm. That hasn’t been the team’s MO over the years.

Just one year removed from college ball, Hoffman will likely need more seasoning in the minors.

miguel castro, only 20, started year in big with jays. big arm, big potential. he goes with reyes to rox. #tulo

Not quite done yet, Colorado also added Toronto’s fifth-ranked prospect in the form of 20-year-old Dominican right-handed pitcher Miguel Castro. The youngster appeared in 13 games (all in relief) for Toronto prior to the deal. In that small sample size, he boasted a 4.38 ERA and an inflated 1.70 WHIP. But make no mistake about it, Castro has the stuff to be a solid pitcher at the Major League level. Prior to finding his way on to the big club this year, Castro mainly acted as a starter. In reality, his ceiling might just be as high as Hoffman’s.

there is no $ involved in the tulo trade. straight deal.

With the $2 million trade kicker Tulowitzki received, both him and Reyes are earning $22 million this season. The new Blue Jays shortstop is also due $20 million annually over the next four seasons before his salary dips to $14 million in 2020. The team will have a $15 million option with a $4 million buyout for 2021, meaning that the minimum owed to the shortstop after this year is $98 million. By virtue of this deal, Tulo now has a full no-trade clause for the remainder of his contract. Toronto also picks up the remainder of the $2.3 million Hawkins is earning this year.

In addition to the $22 million Reyes is making this year, he’s slated to earn the same amount in each of the next two seasons before a team option for the same $22 million in 2018. He can also be bought out following the 2017 campaign for $4 million, bringing the minimum due to Reyes after this season to $48 million. 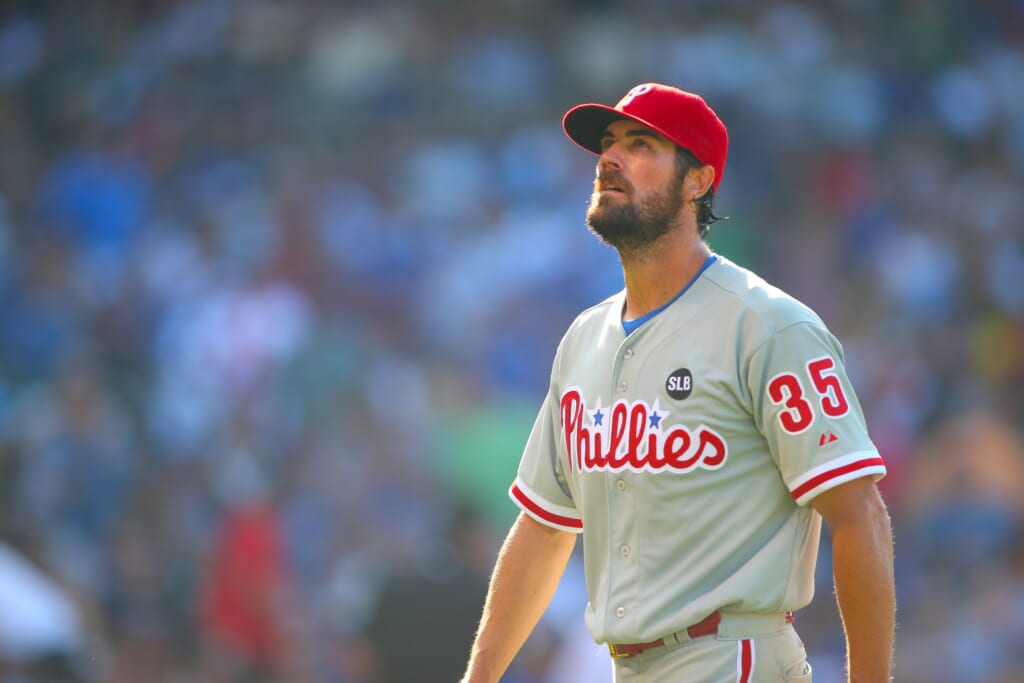 Courtesy of USA Today Sports: Look for the Blue Jays to potentially add a starter.

It wouldn’t be surprising to see Toronto go all in this year by adding a top-end starter prior to Friday’s deadline. It has already traded two of its top-five prospects, so the damage has been done there. Trading someone of Daniel Norris’ ilk could probably yield a David Price or Cole Hamels. That’s something the team has to be thinking about considering its issues at the bump thus far this year. Because he’s under team control for the next four years, Hamels might make the most sense here.

As it relates to the Rockies, there’s no reason to beat around the bush. The team is prepared to go into full-scale rebuilding mode after trading the face of the franchise. Carlos Gonzalez will be the Rockies most-attractive player on the trade market. He could net a solid return should the team decide to go in that direction.