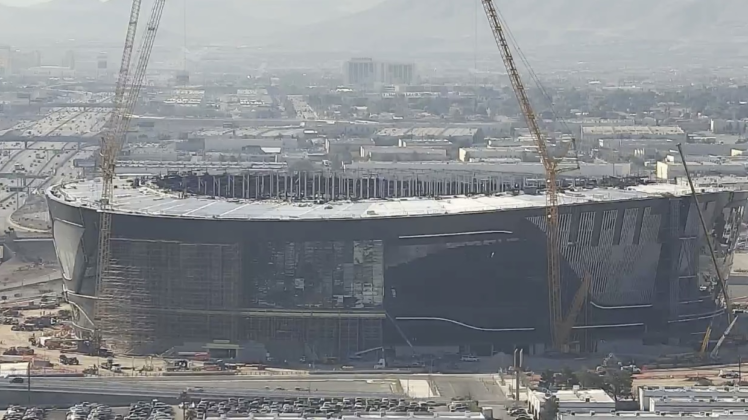 During this week’s Community Benefits Oversight Committee, a body of the Las Vegas Stadium Authority, officials say over 1,500 jobs will be created once the 65,000-seat stadium is open in July.

Not only will Allegiant Stadium Las Vegas be the home of the Las Vegas Raiders of the NFL, and the UNLV Rebels football program, but it’s also going to be a major employer in the valley.

According to a report from the Las Vegas Review-Journal‘s Rick Velotta, who covered this week’s Community Benefits Oversight Committee (CBOC), ASM Global, and Levy Restaurants the contracting firm and foodservice vendor charged with ensuring hiring practices and requirements are followed, reported on their plans to comply with the requirements. Those requirements were key to acquire the $750 million in hotel-tax funding from Clark County.

When you talk in terms of the contracts, the jobs and employees, you are really talking about a huge economic development for our community. – Peter Guzman, President Latin Chamber of Commerce, member of CBOC

Levy says it will hire nearly 2,000 employees with 1,500 of them working on game day or for other large events.

The requirement of 55 percent of the work hours on event days must be performed by women and minority laborers. The CBOC’s purpose in the process is to monitor progress and compliance with this mandate and report back to the Authority.

Peter Guzman, president of the Latin Chamber of Commerce and a member of the CBOC, told us he is pleased with what the committee heard this week and the project is right on track.

“We continue to feel the impact that Allegiant Stadium is having on our community,” Guzman told Silver and Black Today on Friday. “When you talk in terms of the contracts, the jobs and employees, you are really talking about a huge economic development for our community.”

Those who are interested in Allegiant Stadium jobs, you’ll soon be able to apply. According to the report, ASM will conduct a series of job fairs throughout the valley beginning sometime in April. Much like other large scale facilities, Allegiant Stadium ASM and Levy will “establish a roster of workers for events,” according to the Review-Journal.

The report also said ASM will create an advisory board of local leaders and local business organizations, like the Latin Chamber of Commerce and others, to help recruit workers for Allegiant Stadium jobs.

In addition, the report indicated there will also be opportunities for youth career development and a paid internship program so younger works have an opportunity now and for future Allegiant Stadium jobs.