All American? Bettors get behind AL All-Stars 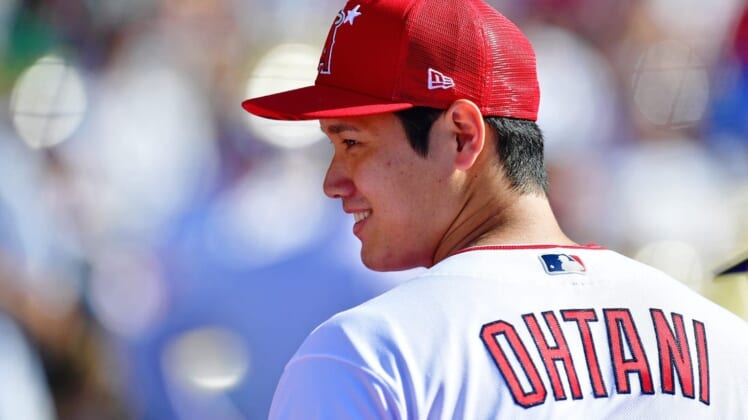 Bettors are fully behind the American League favorite in the All-Star Game on Tuesday night at Dodger Stadium.

The prop bet getting the most action at BetMGM is “American League to win by 1 run” at +600.

More than four out of five bets at BetMGM on the total are on the over (eight runs).

Splits for the MVP award lean toward Angels designated hitter Shohei Ohtani, the +390 favorite. Of all MVP bets, 13 percent are on Ohtani at DraftKings, sho slots in ahead of Nationals outfielder Juan Soto (+4000, backed by 14 percent of handle) and Yankees slugger Aaron Judge (+500, 10 percent of handle).